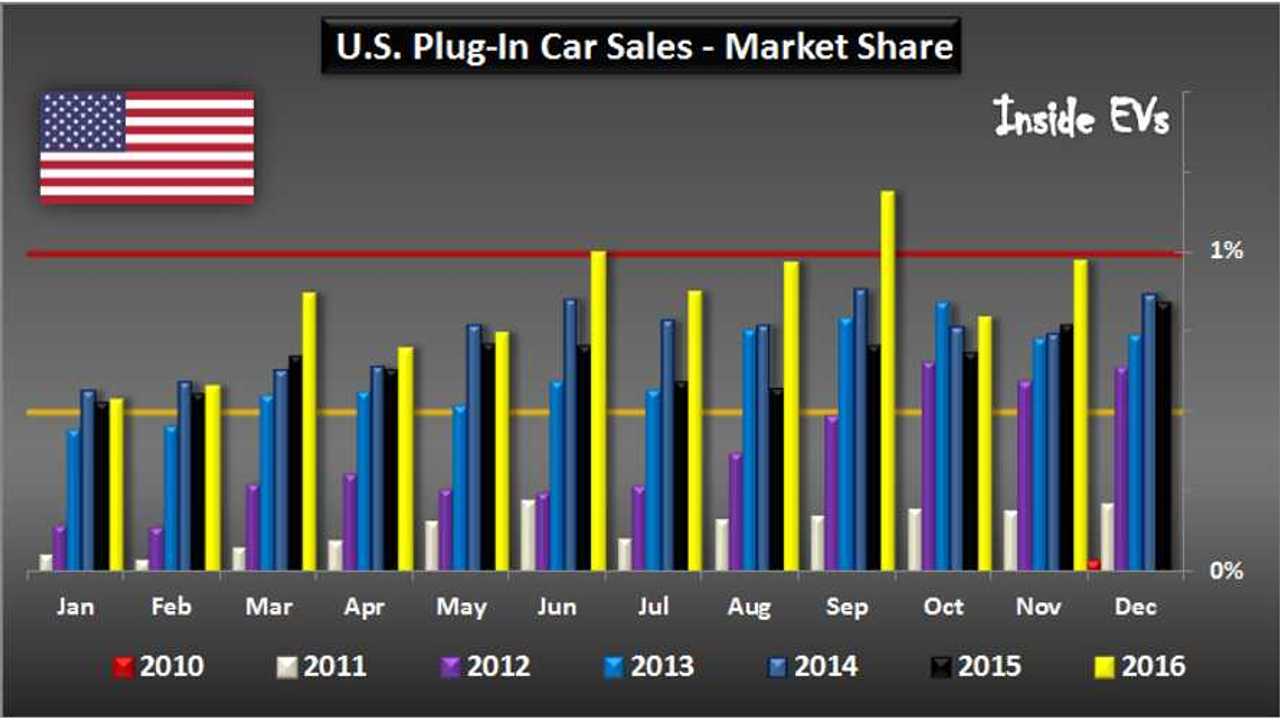 November's result translated to a 0.97% market share (see graph below) - historically one of the best showings.

And there is new Toyota Prius Prime - which sold 781 copies despite only arriving mid-month - best result since August 2014 for Toyota Prius PHV (851), and the best debut for any new plug-in product. Ever.

Looking ahead, and given what we already know of the December selling season (which sees the arrival of the Chevrolet Bolt EV, soaring Tesla deliveries and a full month of the Prius Prime), we foresee the US EV market's first 20,000+ sales month, and with it, a likely all-time high for plug-in vehicle market share at around 1.5%