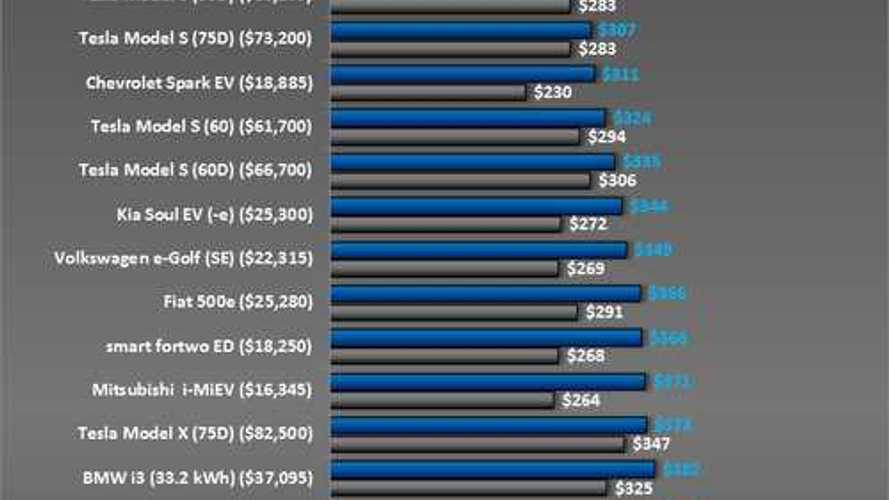 All-electric cars are becoming more and more affordable in terms of price per mile of EPA range, which is really the best proof of progress and market maturation for the segment.

This December brings once of the most crucial moments for this metric, with the arrival of the first of the 2nd generation EVs in the form of the Chevrolet Bolt EV - which at $154 MSRP per mile of EPA range ($126 including $7,500 tax credit) sets a new, and very low bar - thanks to its 60 kWh battery via LG Chem.

However somewhat surprisingly, second best is the new 2017 Ford Focus Electric thanks to its recent battery/range increase to 33.5 kWh/115 miles (up from 23 kWh/76 miles without a price bump), giving it a cost of $196/mile after the federal tax credit.

While we expect more good news with new Nissan LEAF shortly, and a price announcement for the Hyundai IONIQ Electric that will likely place it in the top 4, the unexpected result is how much distance from the leaders the "best value" Tesla Model S has lost in just a few weeks time (the Tesla was often the leader of the rankings in the past).

Ordered by MSRP per EPA range