Volkswagen: 186-Mile* e-Golf Will Launch End Of This Year Or Early Next 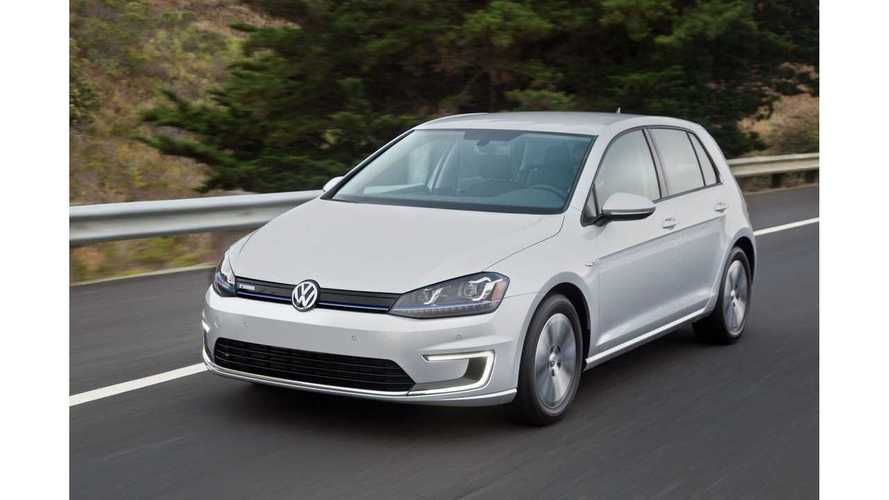 We've known for quite some time now that Volkswagen has been working on a longer-range e-Golf.

Now, it seems that this improved e-Golf may actually come to market much sooner than previously expected.

Frank Welsch, Volkswagen's technical development boss, apparently let Autocar in on a secret. As Autocar reports, a "heavily revamped VW e-Golf will go on sale at the end of this year or early next year, with a claimed electric range of 186 miles, up from the current model’s 118 miles."

Apparently, this "heavily revamped e-Golf" will be the 186-mile one that's been talked about in the past. If true, then Volkswagen will have a longer range competitor on the market much sooner than we anticipated.

Beyond the improved e-Golf, there's talk from Welsch of VW Group going all in on electric cars:

“The MEB platform toolkit gives us the perfect opportunity to gain scale by using the platform solution in as many ways as possible. If we can achieve scale then all sorts of things will become open to us, from reduced costs to faster R&D.”

“Cell technology is moving forward quickly and will move even faster in future.”