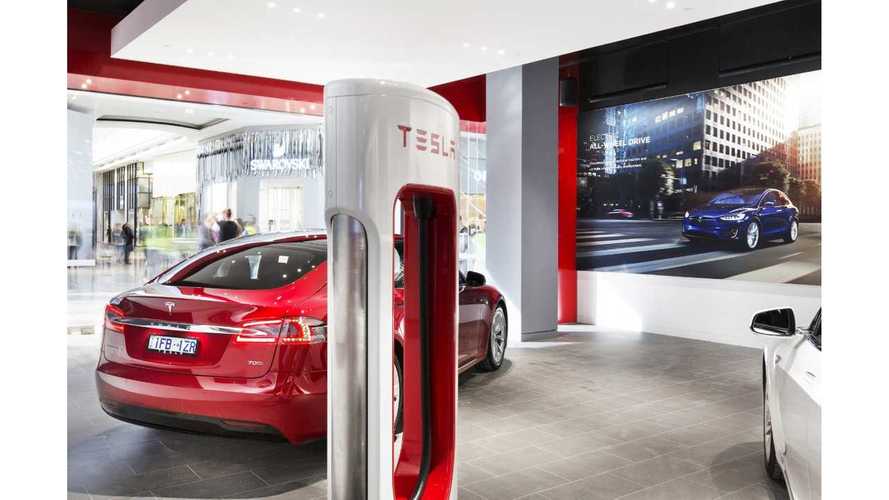 Nothing like a change in the administration to get things moving at the EPA, at least when it comes to filing its proposal to leave 2025 fleet emission standards of 54.5 mpg in place.

While the current Obama government had been very favorable to more stringent future fuel emission standards, the new Trump administration...well, not so much.  In fact, the fear was that currently planned standards would be rolled back.

Thus, fearing it would lose its grip on the 2025 benchmark, the EPA unexpectedly filed its review early stating automakers could technically hit the requirements of the program, leaving many in the industry unhappy with the development.

“Given the auto industry’s importance to American jobs and communities and the industry’s need for certainty well into the future, EPA has reanalyzed these clean car standards and sought further input,” said EPA Administrator Gina McCarthy.

“It’s clear from the extensive technical record that this program will remain affordable and effective. This proposed decision reconfirms our confidence in the auto industry’s capacity to drive innovation and strengthen the American economy while saving drivers money at the pump and safeguarding our health, climate and environment.”

While CAFE requirements were already locked in through 2022, we are currently in a mid-term review period for 2022-2025 time-frame, of which the EPA determination today looks to close before the Obama administration leaves office on January 20th.

Originally, the CAFE was open to review until April 2018, however EPA Administrator Gina McCarthy has sped up the timeline, looking for final approval on the 2025 numbers after a 30 days comment period expires on December 30th...and before President-Elect Donald Trump takes office.

Janet McCabe, acting assistant administrator for the EPA’s Office of Air and Radiation, for her part said the change in the administration had nothing to do with the early report:

“The April 2018 deadline was a ‘no later than’ set forth in the 2012 rule.  There is no required precise date on which the final determination needs to be done.”  McCabe said the decision was based solely on substantial analysis and a "rigorous" technical record, and not on what the future Trump government made have designs on, “That’s really not what’s on our minds".

NADA - not so thrilled, issues fighting words in response

Naturally, the groups like the Alliance of Automobile Manufacturers (which is really shell entity for many of the major automakers), who recently sent out a letter encouraging the EPA to not release any reports/make any moves ahead of the administration change, and NADA (National Automotive Dealer's Association), are less than thrilled:

“Washington today decided to make new cars and trucks more expensive for America's working men and women. The outgoing administration has chosen to halt progress on fuel economy by enacting a policy that will delay the introduction of safer and cleaner vehicles by making them more expensive.

“NADA looks forward to working with the Trump Administration to ensure that working families can choose the cleaner new cars and trucks they need at prices they can afford.”

2017 Chrysler Pacifica Hybrid is a good example of how OEMs can now electrify larger, utility vehicles in the future

The efforts by the EPA today do not lock the future CAFE standards in place, as the mandate could still be altered by the Trump administration, which force the EPA to take such an action.  However, as Automotive News explains, that isn't such an easy process.

"But that (rolling back 2025 EPA regulations) would be a protracted process, subject to the full complement of notice and comment requirements. And it would mean overturning thousands of pages of agency science underpinning the current standards and surviving an inevitable court challenge from environmental groups."

Automakers on track to meet standards at lower than expected cost

WASHINGTON — Based on extensive technical analysis that shows automakers are well positioned to meet greenhouse gas (GHG) emissions standards for model years 2022-2025, U.S. Environmental Protection Agency (EPA) Administrator Gina McCarthy today proposed leaving the standards in place, so the program that was established in 2012 will stay on track to nearly double fuel economy, dramatically cut carbon pollution, maintain regulatory certainty for a global industry, and save American drivers billions of dollars at the pump.

“Given the auto industry’s importance to American jobs and communities and the industry’s need for certainty well into the future, EPA has reanalyzed these clean car standards and sought further input,” said EPA Administrator Gina McCarthy. “It’s clear from the extensive technical record that this program will remain affordable and effective. This proposed decision reconfirms our confidence in the auto industry’s capacity to drive innovation and strengthen the American economy while saving drivers money at the pump and safeguarding our health, climate and environment.”

Today’s proposed determination is based on years of technical work, including an exhaustive technical report released earlier this year, and the agency’s thorough review and consideration of comments received on that report. This extensive body of analysis shows that manufacturers can meet the standards at similar or even a lower cost than what was anticipated in the 2012 rulemaking, and that the standards will deliver significant fuel savings for American consumers, as well as benefits to public health and welfare from reducing the pollution that contributes to climate change. Full implementation of the standards will cut about 6 billion metric tons of GHG emissions over the lifetimes of the vehicles sold in model years 2012-2025. Cars and light trucks are the largest source of GHG emissions in the U.S. transportation sector.

Although EPA’s technical analysis indicates that the standards could be strengthened for model years 2022-2025, proposing to leave the current standards in place provides greater certainty to the auto industry for product planning and engineering. This will enable long-term planning in the auto industry, while also benefiting consumers and the environment.

Today’s announcement builds on years of success under EPA’s vehicle emission standards. Auto manufacturers are innovating and adopting fuel economy technologies at unprecedented rates. Car makers have developed more technologies to reduce GHG emissions, and these technologies are entering the fleet faster than expected. These technologies include gasoline direct injection, more sophisticated transmissions, and stop-start systems that reduce idling fuel consumption. At the end of 2015, all large automakers were in compliance with the standards. In fact, automakers on average out-performed the model year 2015 standards by seven grams per mile. These gains are happening at a time when the car industry is thriving, and domestic vehicle sales have increased for six consecutive years, while maintaining consumer choice across a full range of vehicle sizes and types.

As part of the rulemaking establishing the model year 2017-2025 light-duty vehicle GHG standards, EPA committed to conduct a Midterm Evaluation of standards for model years 2022-2025. The public comment period for this action begins today and will end on December 30, 2016. After the comment period has ended and consideration of the input, the Administrator will decide whether she has enough information to make a final determination on the model year 2022-2025 standards.

For more information on today’s announcement, go to: https://www.epa.gov/regulations-emissions-vehicles-and-engines/midterm-evaluation-light-duty-vehicle-greenhouse-gas-ghg.

To provide comment on today’s proposed determination, go to Docket EPA-HQ-OAR-2015-0827 at https://www.regulations.gov.