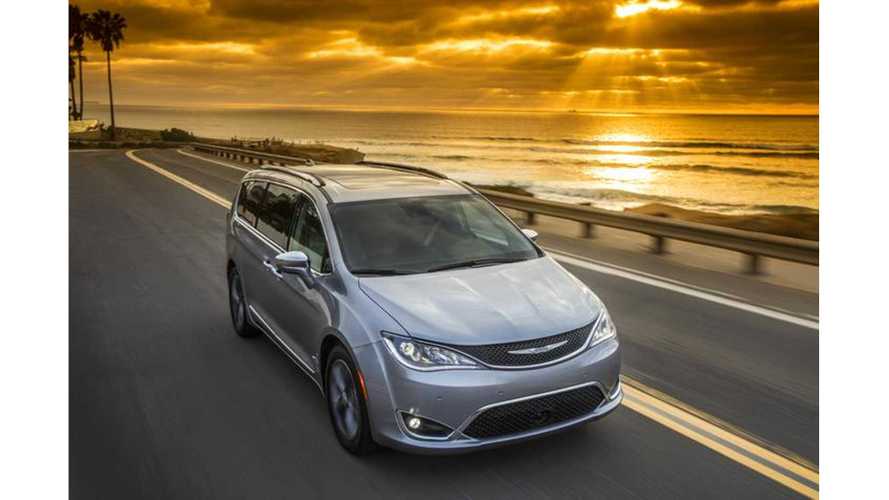 Google (Alphabet) will be expanding its self-driving car project utilizing the upcoming 2017 Chrysler Pacifica PHEV minivan. Added to this, Fiat Chrysler (FCA) engineers will work with the staff at Google to install the autonomous technology.

This is the first time that Google has officially committed to a direct partnership with an automaker. The companies will install software and the necessary sensors into the vehicle . The project, set to begin later this year, will provide Google with more than double the vehicles available in its current self-driving test fleet.

In the initial phase, FCA will provide Google with about 100 vehicles, specifically built to be equipped with the new technology. Google  and FCA engineers will then add on the computers, sensors and needed software. In order to facilitate the project, both teams of engineers will work side-by-side at a southeastern Michigan location.

“FCA has a nimble and experienced engineering team and the Chrysler Pacifica Hybrid minivan is well-suited for Google’s self-driving technology. The opportunity to work closely with FCA engineers will accelerate our efforts to develop a fully self-driving car that will make our roads safer and bring everyday destinations within reach for those who cannot drive.”

“Working with Google provides an opportunity for FCA to partner with one of the world’s leading technology companies to accelerate the pace of innovation in the automotive industry. The experience both companies gain will be fundamental to delivering automotive technology solutions that ultimately have far-reaching consumer benefits.”

Every year in the U.S., 33,000 deaths are reported from traffic accidents. Almost all of these can be attributed to human error. Recent studies and reports are proving more and more that autonomous technology can and will negate this growing problem.

Google is currently testing its cars in four U.S. cities. It has been reported that the Pacifica project testing will begin on a private, closed track in California, but will eventually move to public roads.

The new partnership between Google and FCA will be just another of many self-driving testing projects and studies that will help to bring this technology to the forefront.