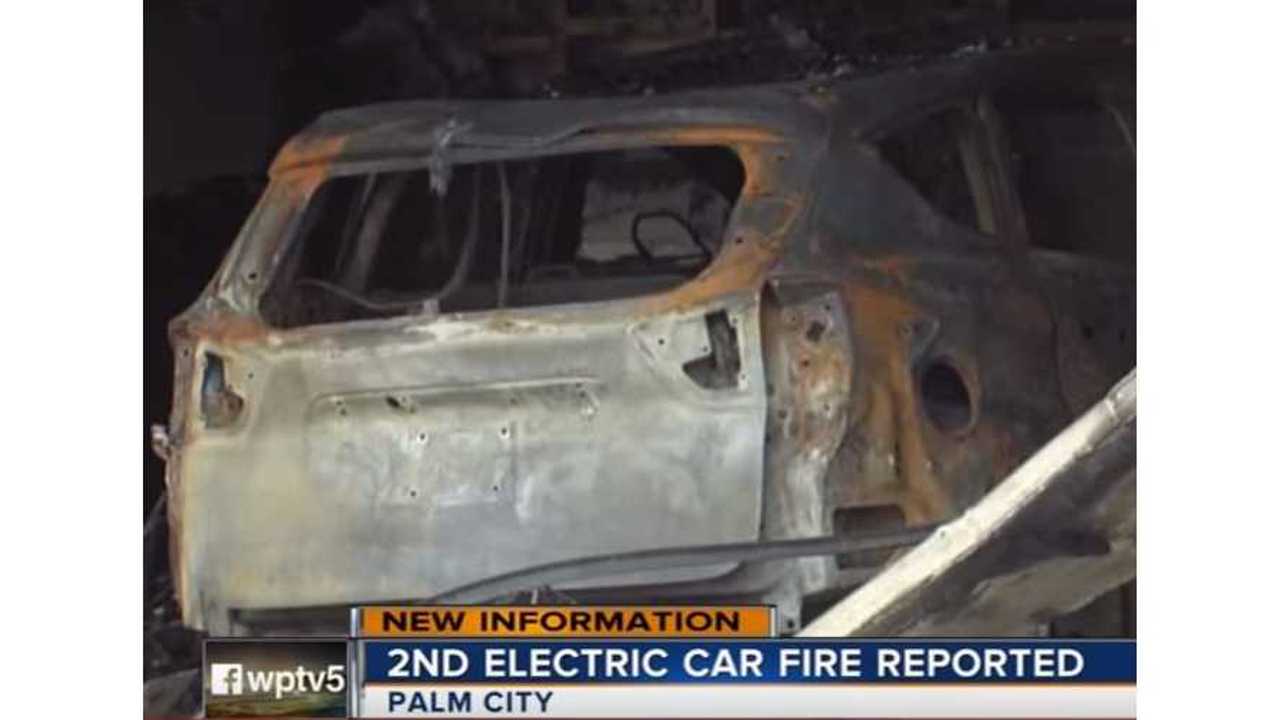 Approximately one year ago, in Palm City, Florida, a Ford C-Max Energi was charging in a residential garage when a fault of some sort occurred and a fire resulted.

However, it wasn't until just recently that the fire was reported to authorities.

As it turns out, a second fire involving a charging C-Max Energi occurred just recently in the local area and the news report of this more current fire prompted the owners of the other C-Max Energi fire to report the year-old incident.

Here's what WPTV5 reported on the second fire:

"Early Saturday morning a Ford C-Max was plugged into the wall when firefighters say the fire sparked somewhere between the car batteries and the outlet. Flames spread to the garage and the family’s boat."

“I thought the house was going to burn down."

“I went like an idiot, opened the garage door and saw the charge cord on fire."

The C-Max Energi wasn't destroyed in the blaze, but the owners no longer plug it in:

“I will be X-ing the days off on this calendar to get rid of this car and I will not be buying another Ford."

The local news station reached out to Ford for comment on the year-old fire. Here's the response that the news outlet received:

The more current fire appears to have a similar cause, which hasn't been determined in either fire. However, speculation is that the charger is the source of the fire and not the car.