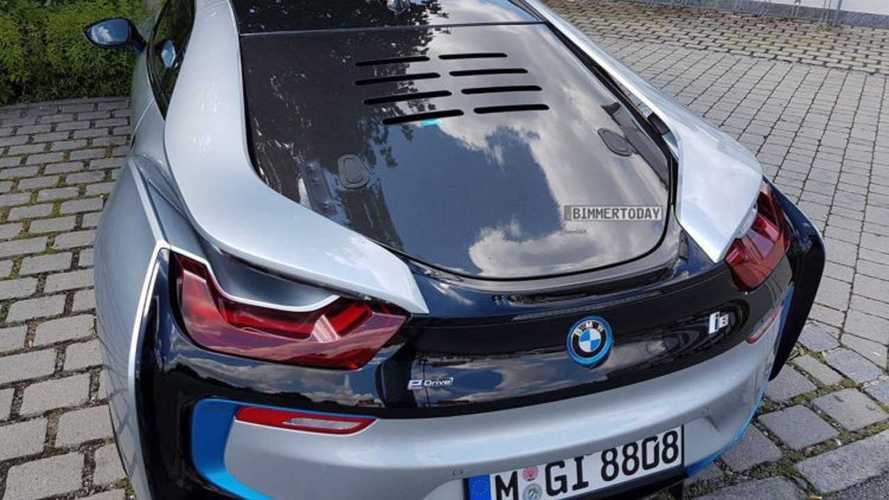 Apparently, BMW's next-gen i8 may pack a 750 hp punch. BMW Blog found that info buried in a report by Automobile Magazine that focused on the future i8 that may be released after 2020.

If this happens, the BMW i8 will be in the ranks with the latest, just announced Tesla Model S P100D (details).

We have yet to hear the exact output for the new 100 kWh Model S (its higher), but the standard 90 kWh Model S boasts 469 hp and with added Ludicrous Mode it is up to 539 hp.

We do know that the lastest version of the all-electric luxury brings 0 to 60 mph up in just 2.5 seconds, and possibly has the best 0-30 mph figures of any four-door production car ever.

The i8 of today offers a turbocharged, three-cylinder, 1.5-liter ICE engine to back up the electric motor. The current combined output is 362 hp. The two-seater's all-electric range is only 22 miles and cannot exceed 75 mph. 0-60 figures are well over four seconds.

How does BMW intend to nearly double the output?

The report claims that the ICE will go away, replaced by three electric motors (high-revving at 25,000 rpm a piece) and higher capacity batteries, pushing 300-miles of electric range.

In addition to the above, the report includes that the future i8 will have a road-scanning active suspension, torque vectoring, and four-wheel drive with four-wheel steering.

Between now and 2020 or so, BMW still has plans to release a newly-designed i8 with a fresh look. It is likely to have an updated powertrain that BMW is now testing in a prototype fleet. Reports and sources say that the upgraded electric motor will give the upcoming vehicle a ten percent bump in horsepower to 420.