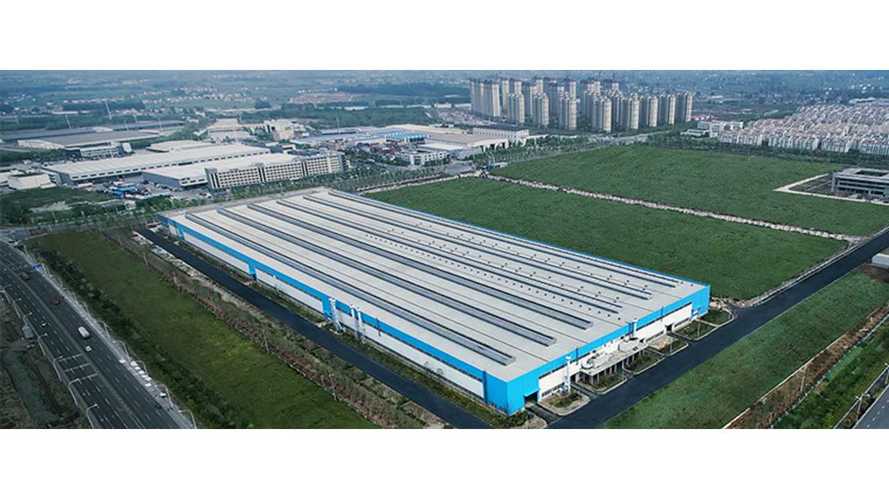 NextEV announced a strategic partnership agreement with the Nanjing Municipal Government to build a 3 billion RMB (more than $460 million) plant facility for the development and production of high-performance motors and electronic modules in Nanjing.

Planned production capacity stands at 280,000 units annually, which is pretty impressive, especially as the launch is expected in the second half of 2016.

As always, any ambitious plans needs to be combined with equally high vehicle production. Last month NextEV signed a partnership with Chinese electric vehicle maker JAC Motors that was reportedly "worth up to ten billion RMB" or $1.5 bilion.

“The plant will have a production capacity annual output of 280,000 units when it goes into operation in the second half of this year, and we will focus on NextEV’s proprietary intellectual technologies such as our world class motors and electronic modules, for the first phase,”.

“NextEV believes that electric vehicles’ core components and their related products will be the next battleground for the industry, and we have developed our own proprietary intellectual technologies, on par and exceeding international standards, like the drive system assembly through our emphasis and investments in Research and Development. Chinese enterprises need to cooperate to develop complementary synergies in win-win relationships in order for China’s electric automotive industry to be globally competitive. To this end, NextEV is willing to share our technologies, and build key components for other domestic electric vehicle manufacturers.”

“The Nanjing Development Zone has wisely seized the opportunity provided by the government’s “The Belt and Road” initiative in recent years, which is to accelerate economic reforms towards advanced manufacturing and modern service industries. I am proud that a globally competitive and innovative high performance electric vehicle company like NextEV has chosen Nanjing for its core production facility, and we look forward to supporting the company’s development plans.”