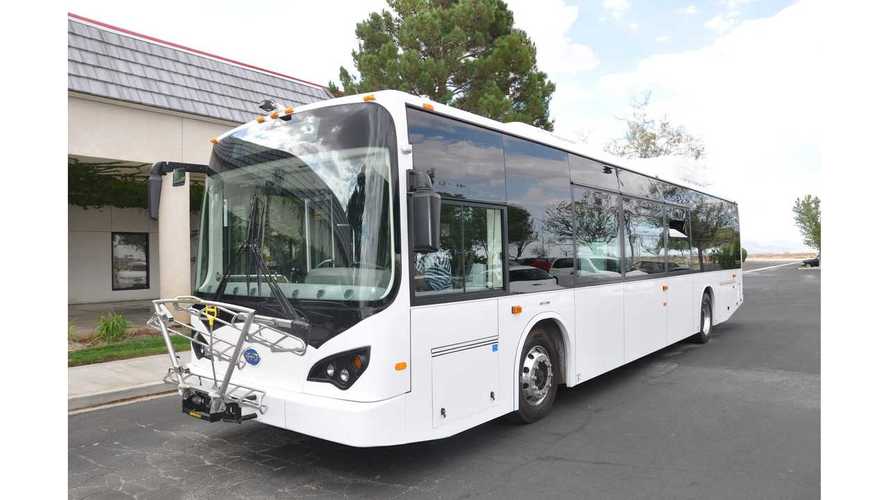 Via the SunLine Transit Agency, the Coachella Valley in California has a new all-electric bus.

SunLine has just announced the introduction of the first pure EV in its fleet after tests on service routes that began in January.

The 40 ft. low floor transit bus seats 35, and has room for more than 60 standing passengers.  The eBus was provided by BYD.

Range on a single charge stands at 155 miles of typical urban driving, on a 324 kWh battery (covered by a 12 year warranty). Charging takes about four hours.

“I’m proud that SunLine Transit has taken this step to add our first all-electric bus to the fleet. BYD has demonstrated that its electric bus technology is reliable and can meet the needs SunLine has for service routes. Additionally, SunLine will begin to see a return on its investment with cost savings over the lifetime of the bus.”

“SunLine Transit has shown great leadership in expanding its fleet with alternative fuel options, and we are pleased to serve as their technology partner by providing their first all-electric buses. Our BYD electric buses provide a multitude of benefits from reduced operational costs, including significant fuel savings, cleaner air due to no tailpipe emissions, and less noise pollution, making for a more comfortable ride for both bus operator and passenger.”