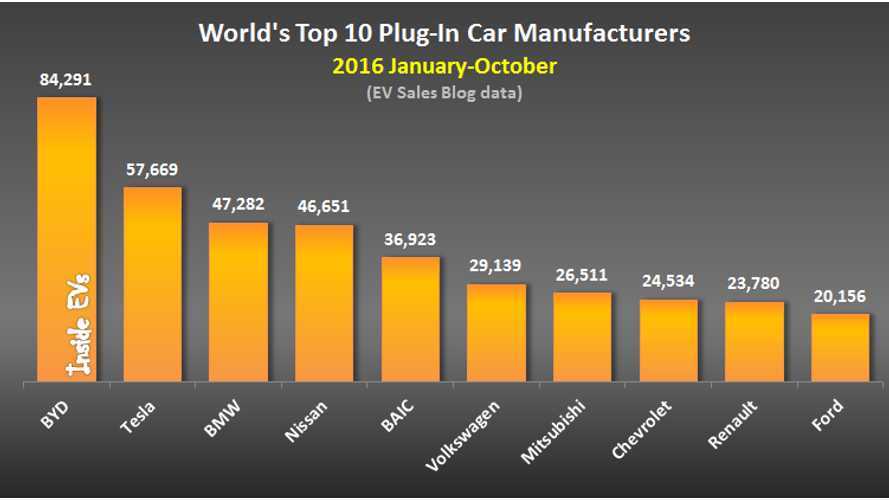 With updated LEAF sales data, it turns out that Japanese flagship is still ahead of the Tesla Model S in model rank for this year, as Tesla has had some production slowdowns as it retooled for now building all its EVs with new Autopilot 2.0 hardware.

Those issues moved into November for Tesla, so the LEAF-Model S gap will likely spread further than the ~2,500 units found in October...but the Model S will well outperform the LEAF in December as deliveries at Tesla are now heading out at a torrid pace.  Nutshell:  It is going to be a 'photo finish' we think for the 2016 individual model sales crown.

A big change did occur on the manufacturer's top list, where BMW wrestled third spot from Nissan! Something the Japanese automaker is not likely to take back in 2016, as BMW is flush with new plug-in offerings, and Nissan's new and upgraded plug-in hotness won't arrive until 2017.