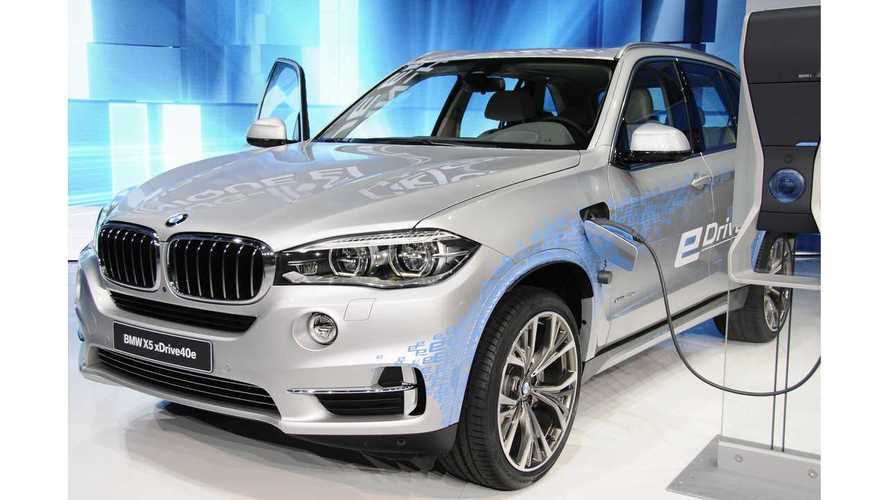 A year ago when US electric vehicle sales were in the doldrums, waiting on both new offerings to arrive and for older models to get upgrades, we suggested patience...that 2016 and beyond would bring a virtually endless run of plug-in sales increases.

Despite A Refreshed Fusion Energi Out Soon, Ford Sold Enough Copies To Take Down The Nissan LEAF As The 3rd Best Selling EV In America

That one month we weren't so sure about?  April - as the wider industry would have to make up for the "down month" at Tesla Motors.

As it turns out, not only was Tesla once again focusing on international production over the US for the first quarter of the month as we had anticipated, but a Model S refresh, Model X rear seat recall, and an added pre-delivery and “second layer” of quality control exasperated the sales situation this month.

At the forefront of the resurgence story was BMW - who after being the largest drag on EV sales during the first quarter of 2016, sold more i3s in April (813) than in all of January, February and March combined; while its X5 plug-in SUV sold a record 655 copies.  A big welcome back to BMW!

The Ford Fusion Energi was the second best selling plug-in last month, and in so doing slid past the struggling Nissan LEAF into the #3 spot overall...the first time the Nissan has ever been out of the medal positions.

Also catching us off guard this month was Chevy's Spark EV, which thanks to California's latest rebate program upgrade for the underpaid, can now be had for $0/month under the right circumstances.  GM sold over 400 of the small EVs in April, a new yearly high.

A strong (but expected) performance was again turned in by the Chevrolet Volt, which at 1,983 sold in April took home the monthly sales crown for the second time this year.

Other Statistical Points of Interest from April 2016

The what sold 400 copies in April? The Chevy Spark EV you say?