Tesla Powerwall 2 Is The Best Of The Best: 30% Cheaper Than The Competition 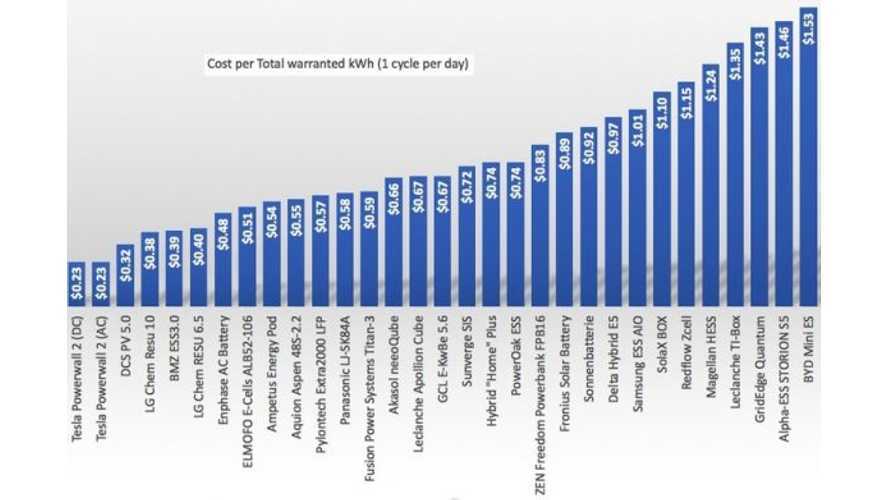 The new Tesla Powerwall 2.0 not only beats competitors, but second best model is 30% behind Tesla on price per warranted kWh under 1 cycle per day utilization.

Tesla Powerwall 2.0 (unveiling story) is 14 kWh ESS (13.5 kWh usable) with 10 years warranty, with built-in inverter (AC version) or DC converter (DC version). Up to 9 units can be installed in one system.

Having built-in inverter makes Powerwall 2.0 even more attractive compared to other ESS.

"The SolarQuotes Battery Comparison table gives the cost per warrantied kilowatt-hour for over 30 battery systems when fully cycled once per day.  The results are shown in the graph below, and as you can see, both versions of the Powerwall 2 are well ahead of the closest competition.

This means the AC Powerwall 2 could installed without any additional hardware while the next 4 battery systems on the graph would require a separate battery-inverter to be installed the same way."