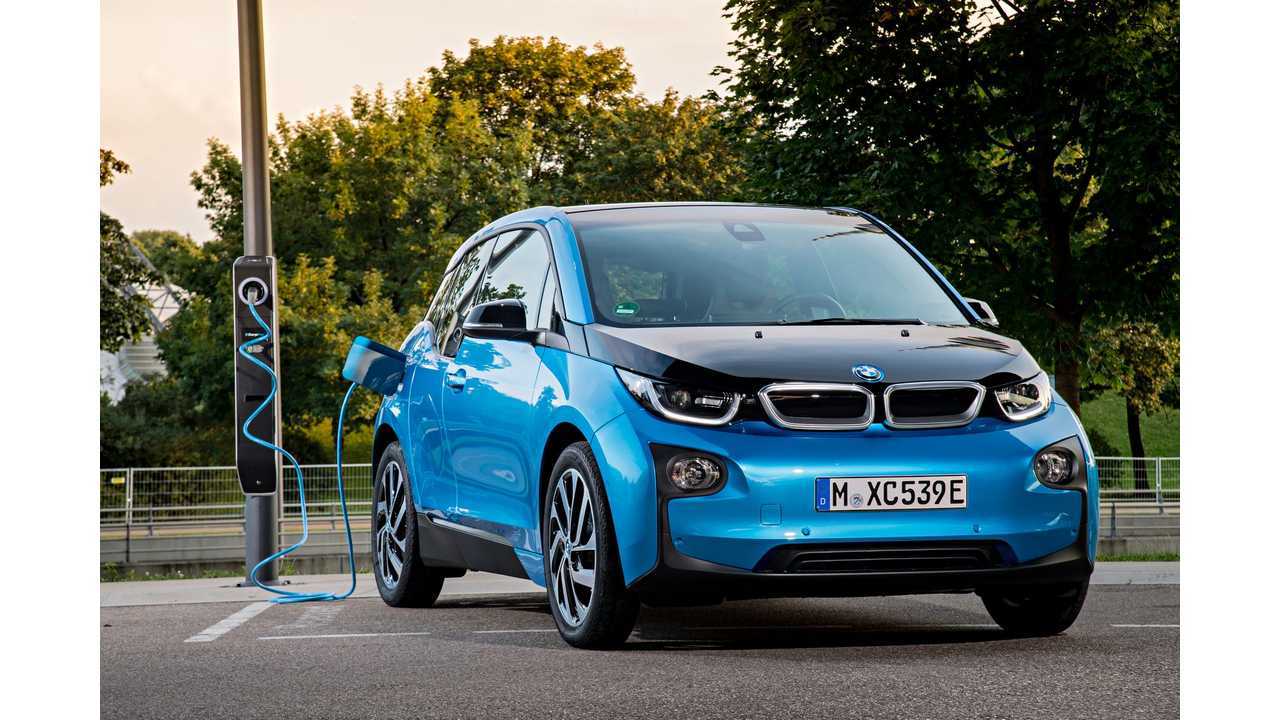 The numbers are finally in...

Earlier this week, we learned that there was a bit of a hold up at port on the new 2017 BMW i3 with the larger 33 kWh battery on board. The hold up was apparently due to EPA testing not yet being complete/reported.

But now that issue is out of the way and the official EPA figures are available.

According to the EPA, the higher capacity BMW i3 (94 Ah/33 kWh battery) returns 123.8 miles in electric city driving and 101.9 on the highway. The combined electric-only range is listed at 114 miles.

All three figures are a significant improvement over the 60 Ah version (22 kWh battery) of the i3, which is listed with a city range of 89 miles, a highway range of 71.6 miles and a combined range of only 81 miles.

Efficiency, as expected, is down slightly due to the heavier battery pack in the 94 Ah version (see image).  Additional details on the 94 Ah BMW i3, including U.S. pricing and launch schedule, can be found here and here.

Editor's Note:  Because we know it will be asked...the official range/details for the 94 Ah version of the BMW i3 REx (PHEV) have yet to be released.  We will pass along those numbers when available; but it does beg the question if the longer range REx i3 is yet available to be purchased in the US?