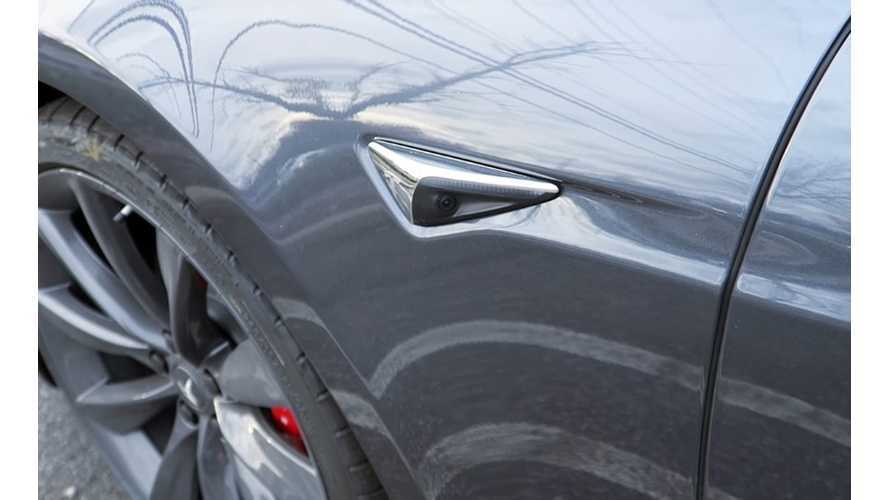 That hardware would ultimately allow for Tesla's electric vehicles to achieve Level 5 autonomous driving...hopefully by some point around 2018, as the software development progresses (and regulations allow).

And while that production kicked off mid-October, it took a bit longer than expected for the vehicles to materialize in the flesh, with the first software update to utilize it still to arrive in ~3 weeks time.

...but nonetheless that day has arrived, as YTer "Black Tesla" walks us quickly though the new external hardware on a Model S and X in the above video.

We should note that the suite will also be outfitted on all upcoming Model 3 cars when they arrive in the second half of 2017.

That suite includes forward facing radar, eight surround cameras with 250 meters of range giving a 360 degree field of vision, as well as twelve ultrasonic sensors, and an onboard computer with “more than 40 times the computing power of the previous generation”

Video (below):  See the hardware in action in this Tesla-produced demo of the hardware, including the system's recognition feed