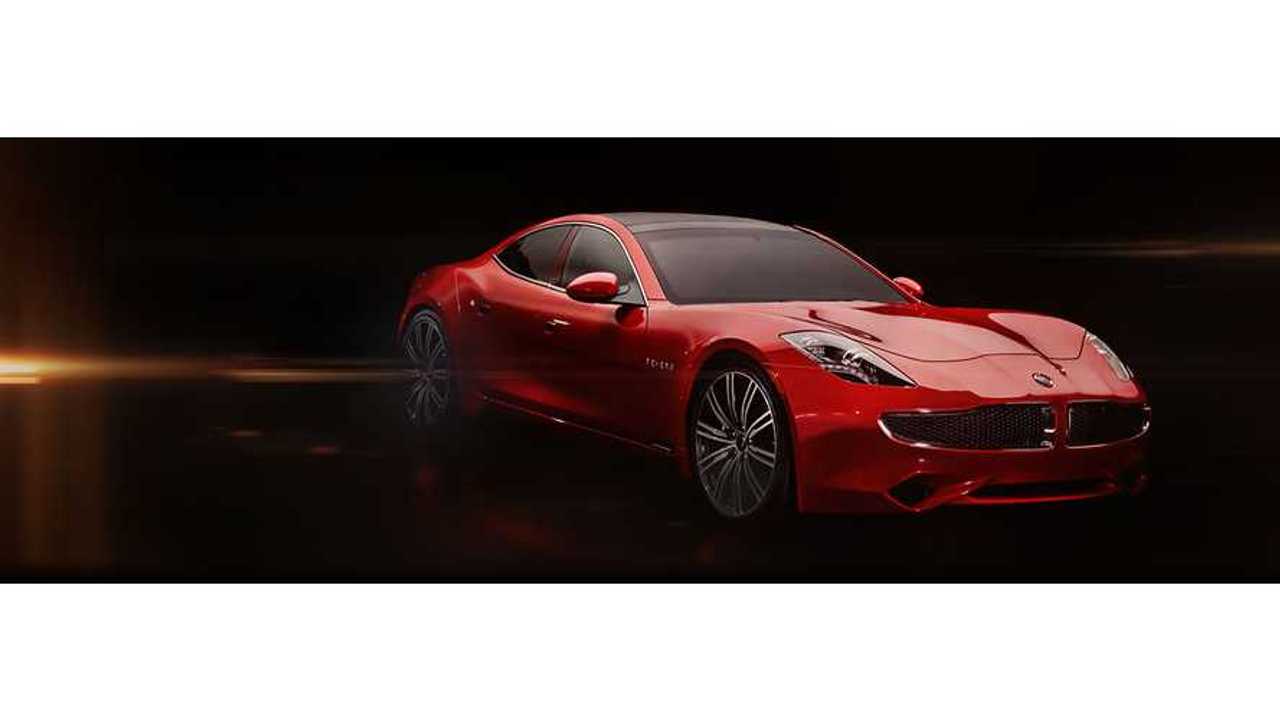 The Revero Gets Karma's New Logo

Karma Automotive has released its first few images (and a video) of its upcoming Revero plug-in hybrid. And yes, it is still essentially the same car as the Fisker Karma.

As noted by the company's website via a "countdown clock", there is still 28 days left until the full unveiling.

Update: Apparently Karma has let Wired take out the car for a quick first drive - and while still not releasing all the info, there is a few new revelations - like the Karma's solar roof is trated at 200 watts, and now capable of powering the HV motor. Watch here.

Chief Revenue Officer Jim Taylor has also let us in on some details (via Automotive News), namely that the Revero's range should be close to 50 miles (as opposed to the original Karma's 32 mile EPA rating).

"We think we're in Tesla's court," Taylor said. "If it was just about style, we would only go head to head with Aston Martin and Maserati. But these buyers are also interested in the technology."

Karma hopes to build ~900 Reveros at its Moreno, CA facility over the next year

As for pricing, no details yet, but the CRO did confirm earlier suggestions that the Revero will be priced higher than $115,000 - the original cost of the Fisker Karma.  Several months ago we heard rumors of a price around $135,000...and that would seem to be the case still today.

Owners of the original Fisker Karma will be offered 'first shot' at reserving a new model this week, with Taylor noting those original owners are "so passionate, borderline fanatical. We want to give them first crack at it."   Karma says they hope to produce about 900 copies in the first 12 months of production

In May, the first prototype Revero was produced at Karma's California facility (details), and given the company's statement at the time, this looks to be that car.

"A flame-red 1993 Chevrolet Camaro was the last car to roll off an assembly line in Southern California 24 years ago. We changed that this May when the first Karma Revero rolled off our Moreno Valley assembly line. The first of many."

Karma did highlight/tease a few things on the Revero to get things kick off however:  new badging, solar roof and the PHEV's simple/intuitive infotainment system

The badges on each Revero are hand-painted, one at a time. No other car company has ever done this. Consider it a small but symbolic statement about craftsmanship and individuality.

Our solar roof will create enough energy to power the car. No other vehicle sold in the U.S. has ever offered this capability. Our owners consider our solar roof an important element in our brand identity, and we listened.