Mitsubishi Outlander PHEV Sales In Japan Up 20% In March 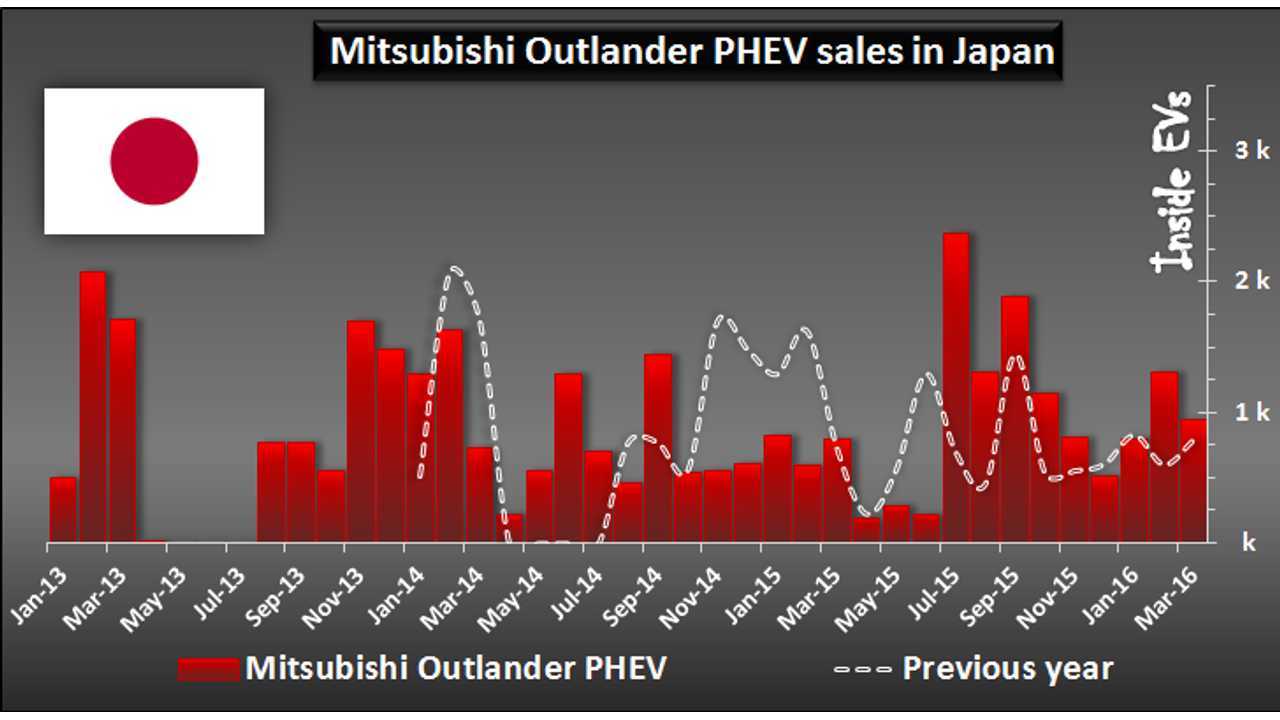 Mitsubishi has had no complaints about the sales of its refreshed Outlander PHEV since it was launched last summer. Much improved numbers have now been logged for some 9 months in a row.

A solid 955 units were delivered in March, which represents a 20% growth year-over-year.

Cumulatively, nearly 34,000 Outlander PHEVs have now been delivered in Japan through the end of March.

As for the tiny i-MiEV:  As a result of the newly upgraded 30 kWh Nissan LEAF finding a lot of sales success in Japan, the Mitsubishi i-MiEV now can't even find driveways to fill in its home market - just 24 were moved in March.