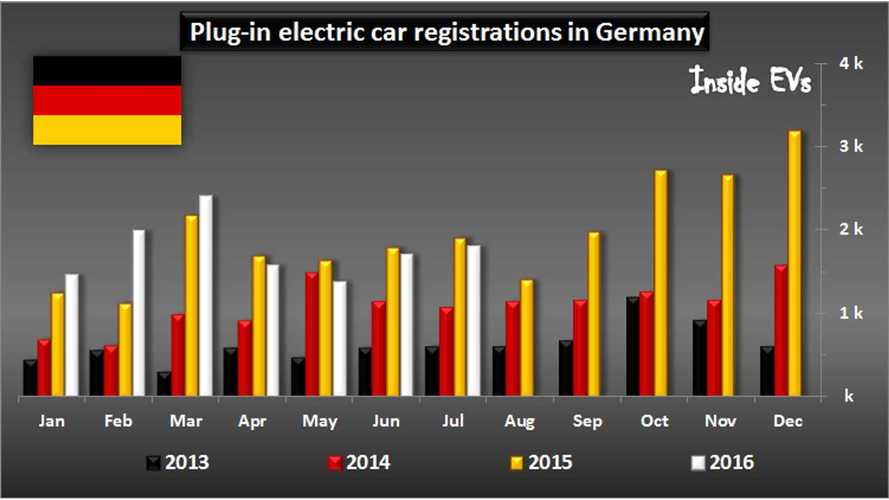 German plug-in electric car sales are several percent down, for the fourth month in a row.   Which brings us the question:

What's wrong with the recently launched incentives that subsidize €4,000 off the MSRP for all-electric cars and €3,000 for plug-in hybrids?

However, the Renault ZOE noted another great result of 301 sales (compared to 46 year ago), and is the clear leader of beneficiaries of the incentives.

Is there a lag in the sales report causing this hiccup?  Or is the program just not significant enough to move the needle very much?