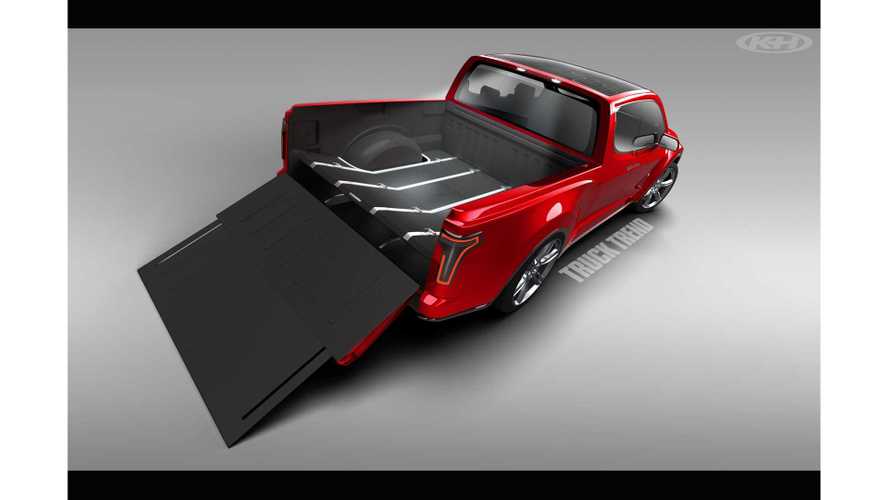 Truck Trend Magazine is the latest to take a stab at rendering the upcoming Tesla truck.

"Trucks are all about work, and no matter how high-tech they are, that will be their focus, and that was also our focus in coming up with some of the features and design of our Tesla dream truck. However, just because it’s functional and practical doesn’t mean it can’t be good looking. And to that end, we’ll let the photos speak for themselves."

We believe that Truck Trend has done some impressive work with its render, easily one of the best we've seen thus far.

There's a highly detailed write-up over at Truck Trend on the various features it expects to see in the Tesla truck. You can read it in its entirety here or in our brief recap of a few key features below.

It Will Have an Epic “Frunk”

We expect the Model U to have an incredible frunk. Behind the “T,” we expect the frunk on the Model U to incorporate commodious storage in standard form. We expect it to offer multiple USB, 12V, and 120V outlets and wet/dirty storage with a drain plug.

Because it’s electrically powered, Tesla’s truck doesn’t have to rely on a conventional driveshaft and solid rear axle. For this application we expect in-wheel motors, which is the next logical evolution of Tesla’s technology. This would allow the bed to be far deeper than a normal truck’s, down to a height where tall or bulky items could simply be rolled into the bed.

We envision Tesla’s truck to be the hub of the job site. To keep from depleting the battery from a full day of using air tools hooked up to the truck and the wireless tool battery chargers, the truck will have a heavy-duty power input port to hook up to jobsite power.

expect the Model U to have a base-level battery pack with a capacity of about 120 kWh and a top-level unit of around 160 kWh.

Loads of additional speculative details and images can be found at the source link below.