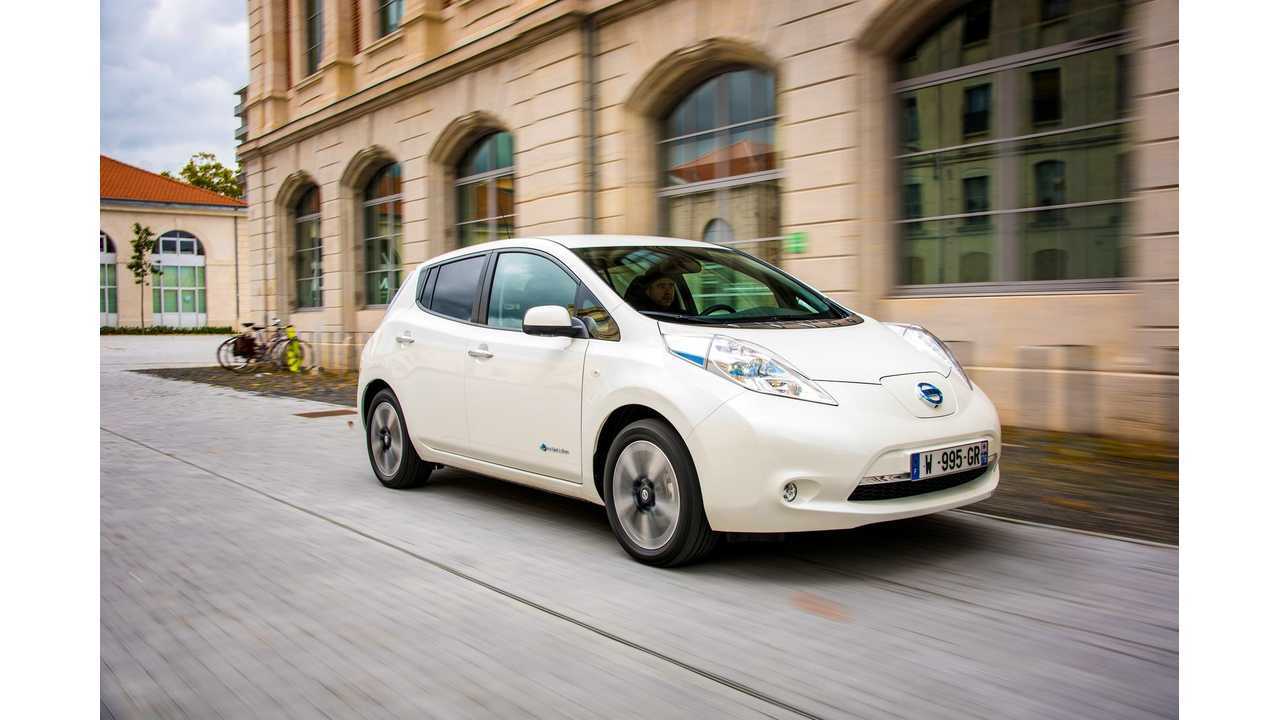 Most of today's plug-in electric cars are still struggling with low residual values.

Car And Driver notes that a five year old EV is damn cheap, despite low mileages and and cars that are working just fine.

The reason according to C&D is the cellphone-like market.  Every year we see cheaper pricing, for better products - in the case of EVs, lessening MSRPs with greater ranges (recently examples of which being the BMW i3, Nissan LEAF, Ford Focus EV).

Another reason given is persistently low fuel prices...but we don't subscribe to that notion at all, given the rising sales trends in the US against a backdrop of lower gas pricing at the pumps.  That was a talking point in the US from 2015, that has been well-debunked in 2016.

Lower residual values have hit the most popular all-electric model hard - Nissan LEAF, which according to the Black Book, retains just 18% of MSRP after three years and 11% after five years.

"A three-year-old Leaf—a $30,000 to $40,000 car new—returned from lease gets sold at wholesale auction at $6000 to $7000 or, on average, just 18 percent of its original price. For gasoline vehicles, a three-year residual is typically in the 45- to 65-percent range. “To be under 20 percent is fairly telling,” said Anil Goyal, Black Book’s senior vice-president of operations. “A lot of it has to do with demand.”"

Thankfully, Car & Driver is one of the first to also acknowledge the impact of incentives on residuals, and adds some context behind the numbers.

"In all fairness, the original buyers didn’t lose quite that much money. They likely received a $7500 federal tax credit, along with a range of other possible state or local rebates, credits, or incentives; but even factoring those in, owners of a three-year-old Leaf won’t recover much more than 30 percent of their original net cost."

The Ford Focus Electric is especially hit hard as well, because after just three years is selling $1,400 below the conventional version, despite a starting MSRP $20,000 higher (2x).

The problem extends also to plug-in hybrids. The Chevrolet Volt was for example started out $16,500 more expensive than Malibu LT, but after three years the difference is just $1,700.

It’s not just pure-electric cars that are running low on resale juice—it’s anything with a plug. The Chevrolet Volt plug-in hybrid has underperformed on the used-car lot, too. It stands at just 31 percent of original value after three years (versus the 47 percent norm for compacts).

The only plug-in that stands out on the list is the Tesla Model S, which retains 62% after three years! Growing Superchargers network, over-the-air updates, and strong demand keeps the older Model S prices high.  Also the fact that the $7,500 federal credit, on average, only accounts for about 8% of the total purchase price doesn't hurt.

Tesla themselves has even resigned from itsGuaranteed Resale Value program for new cars, as the company believes the support is not necessary any more after establishing the brand.