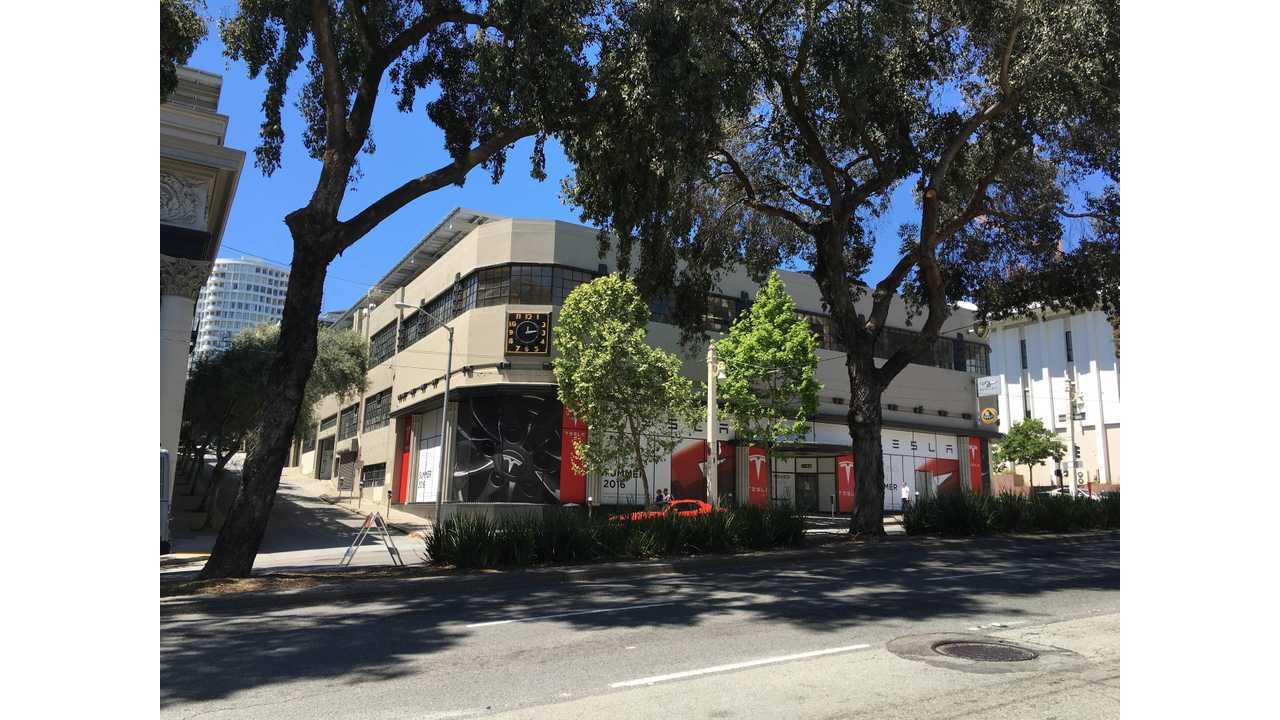 This is Tesla's largest store to date in all of North America. It's a sale, service and delivery center all rolled into one.

"...the 65,000-square-foot San Francisco center is the company’s first in the city, where one-fifth of residents don’t own a car and ride-sharing services led by Uber Technologies Inc. are emerging as a dominant form of transportation. The location was originally home to a Chevrolet showroom built in 1937, the year the Golden Gate Bridge opened."

"What makes this our flagship store is that the Bay Area is really our home.”

Tesla's expansion is rapid these days as it gears up for the Model 3 launch. According to Tesla, a new store will be opening every four days, on average, through the end of the year. The focus is on dense urban markets right now.