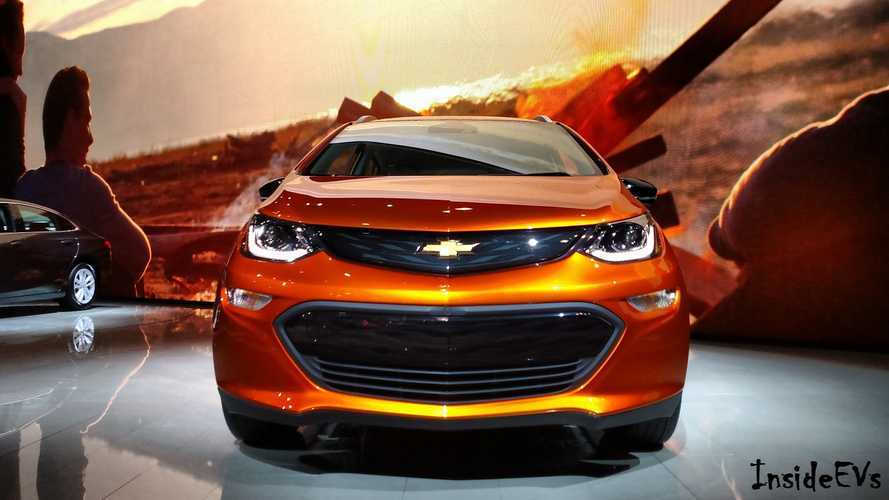 Tesla Model 3 Is Expected To Launch In Late 2017

Shad Balch, General Motors' manager of new product for its Chevrolet division, took a moment to discuss the significance of the Tesla Model 3 reveal/mania with the LA Times.

In a Q & A session, Balch repeated stated that the mania surrounding the Model 3 helps not only Tesla, but the entire electric segment as well, including the upcoming Chevrolet Bolt.

Q: Elon Musk is getting a lot of attention for his planned Tesla Model 3, even though the cars will not be delivered until at least late 2017. Does that help or hurt the Bolt EV's prospects?

A: It helps. It helps the whole industry. Every story about the Model 3 includes a mention of the Bolt EV and our target date is ahead of theirs. We're on track. Pre-production models have rolled off the line about six weeks ago. We are on schedule to begin production at the end of this year, with deliveries to start immediately afterward.

Additionally, Balch was asked if the 200-mile Bolt will cut into Volt sales. Here's his response:

A: These are different cars for different consumers. The Bolt EV will be the vehicle for someone who wants a daily driver that uses no fuel and produces no emissions. The Volt is for someone who still needs a car with a gasoline engine that can make that long drive.

For more Q & A with Balch, click the LA Times source link below.