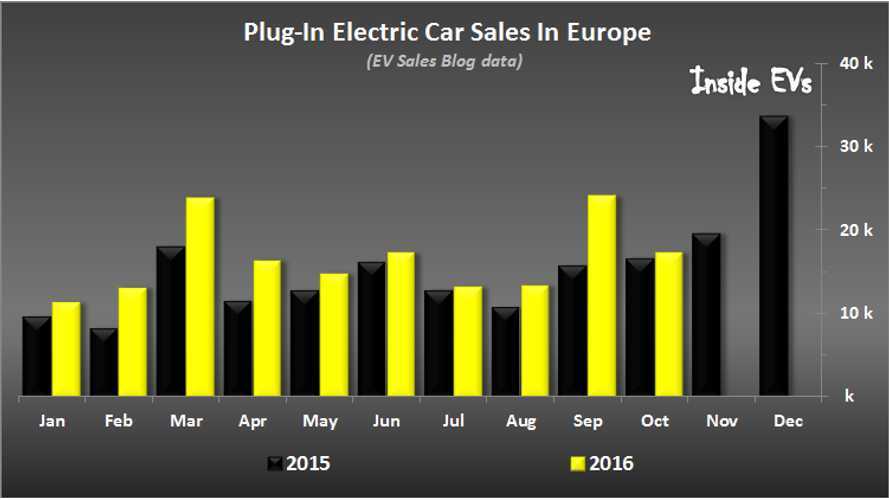 As you can see fom the above chart, not all months bring big year-over-year growth, but new models and higher-capacity battery options arriving now should give the market a decent boost shortly.

After 10 months of sales this year, nearly 170,000 EVs have arrived in Europe according to data collected thus far by EV Sales Blog.

Additionally, three models are still in the hunt for the best selling plug-in title for 2016:

Interestingly, all three offerings are now related via the Renault-Nissan, and the recent controling interest taken by Nissan in Mitsubishi.

Comparing Europe to the U.S., we can see that over the past two years European plug-in sales have far exceeded the U.S. (by almost 50,000 so far this year) thanks to a very flat and uninspiring performance for America in 2015 (-5%), whereas the situation was totally different in the first couple of years since 2011.

However, the pace of growth between the two regions has diverged this year, with Europe gaining 23% so far in 2016, while the US has gain 31%.