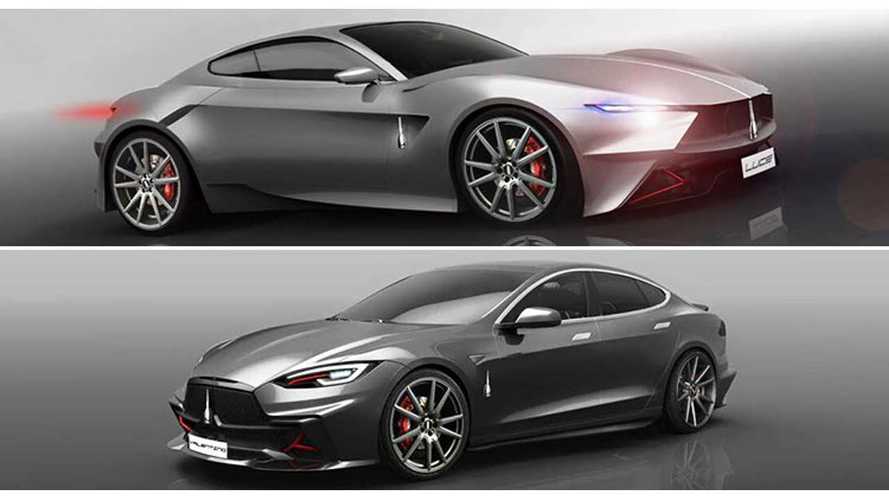 Specs are limited, but we do know that Luce puts out 288 hp and 273 pound-feet of torque. Range is estimated at 211 miles. No battery capacity figures is listed.

Moving on to the modified Tesla Model S called Valentino.

Most of the mods are visual. Valentino rides on a lowered suspension and features new front and rear fascia. Somehow, range is claimed to increase (possibly due to aerodynamics) over the standard Tesla upon which it's based, up to 500 km (311 miles).

For now, the Valentino is a one-off concept.  Whereas the Luce, is a precursor for a limited production run for sale into Europe, the US and Japan.

Both vehicles will debut at the 2016 Turin Motor Show on June 8. Additional details will be released at that time.