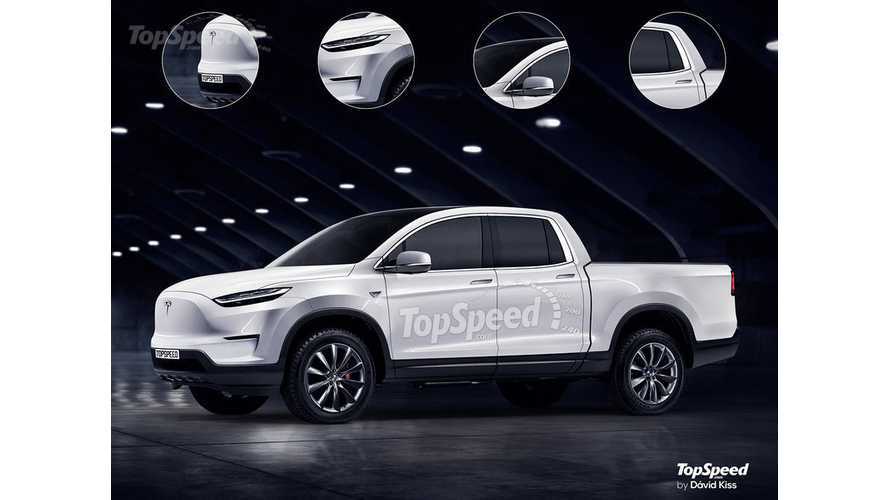 Ever since Tesla released its Master Plan - Part Deux, and stated that the company would be building a "a future compact SUV and a new kind of pickup truck", the quest to imagine what those new vehicles would look like (and how they will perform) has been on.

The latest attempt at getting inside the mind of Tesla comes via Top Speed, which sent us its vision of the 2020 Tesla Pickup Truck.

"It's certainly an interesting way of addressing another segment of the consumer market so our artists wanted to imagine how the car might look like."

Top Speed also added some of its thoughts to a future Tesla pickup:

Check out the full forecasting review at Top Speed
++1