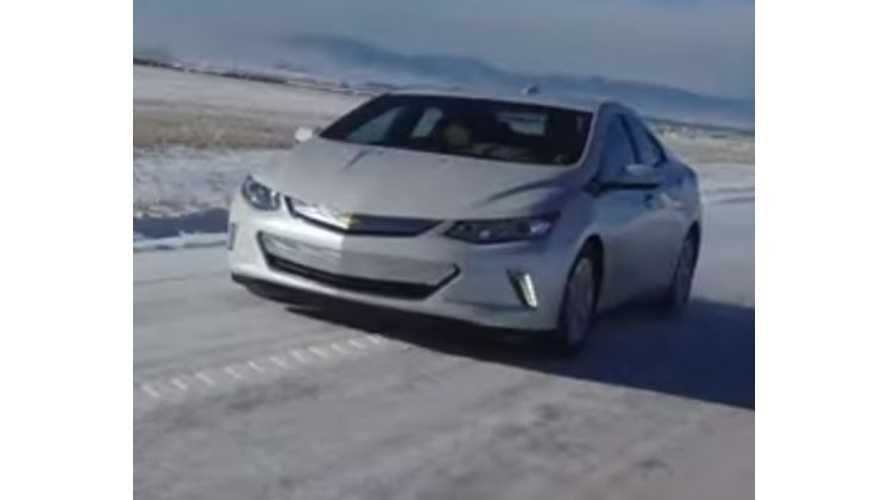 With 2,531 Chevrolet Volts sold in November, the 53 mile extended range car from GM once again ran away with the best selling plug-in hybrid crown for the month.

The impressive result also means that the Volt has now won the "best selling PHEV" title 43 times out in the past 4 years (48 months).  Truly a dominant showing.

The Ford Fusion Energi was actually the last PHEV to wrestle the monthly title away from the Chevy (in March of 2015), but that was due to an odd circumstantial "blip" on the radar more than anything else.

The only real threat ever to the Volt's dominance in the past was the first generation of Prius plug-in (a plug-in hybrid that was vastly inferior to the Volt in most ways), that went out of production in the first half of 2015.

We mention this because of two reasons:

And by sucked, we mean big time.

The new 2017 Toyota Prius Prime is better in every way to the 1st gen...or even the traditional hybrid (other than that token 5th seat thing)

In fact, it is superior in almost every way (including price) to the standard Prius.

As an illustration of how strong a seller the new Toyota Prius Prime might be, despite only arriving mid-month in limited quantities, 781 were sold...the largest volume "debut month" for any plug-in vehicle.  Ever.

With those factors in mind, can the 2nd generation Volt that has struggled itself with regaining past sales glory, hold off the Toyota?  Perhaps adding to the Volt's challenge is the arrival of the all-electric, 238 mile Bolt EV at dealerships beside it starting this month.

Also of interest with GM and plug-ins this month:

*- The Cadillac ELR, which has been out of production ~10 months now, managed to sell 5 copies

*- Replacing the ELR this Spring, is the "imported from China" Cadillac CT6 Pluig-In Hybrid, with 30 miles of range and a pricetag starting at $76,090 (details)

*- The Chevrolet Bolt EV managed to pick up two "Car of the Year" awards from the LA Auto Show in November (CoTY from Motor Trend and "Green" CoTY from the Green Car Journal), and also a "Top 10" Best Car nod from Car & Driver

*- GM also confirmed what every already knew on the roll-out of the Bolt EV:  that much like with the 2nd generation Volt, the first all-electric offerings will head to California (and Oregon) first, with the nationwide release sometime thereafter

*- Product evaluation magazine Consumer Reports also sat down and had a ~24 minute chat about the 2017 Chevrolet Bolt EV, comparing it to its peers