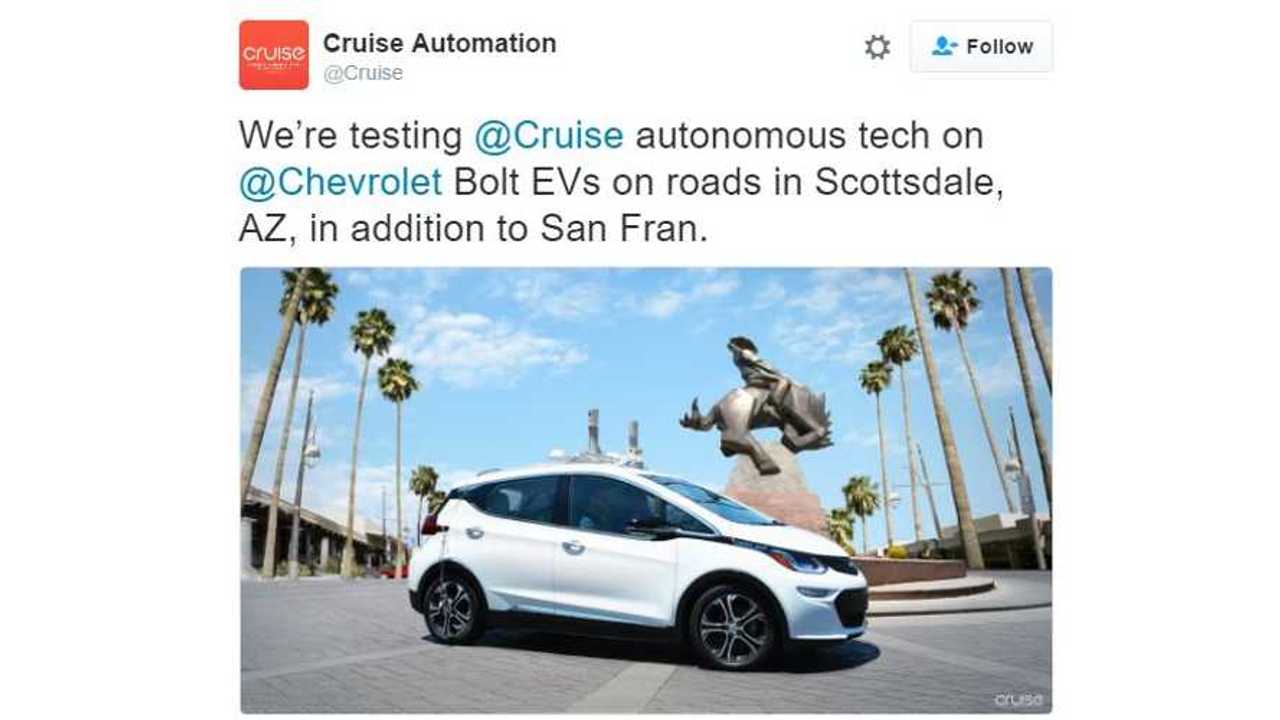 The General Motors Cruise LLC partnership has been testing autonomous Chevrolet Bolts out in San Francisco since May of this year.

Now, Cruise Automation announced last week, via Twitter, that the testing has expanded to Scottsdale, Arizona too.

There's no additional information beyond that Tweet, but we do know that GM intends to incorporate Bolts into Lyft, - and that the ride sharing service will be one of the first to receive production copies of the 200+ mile EV at the end of this year.

So we can assume that there's some self-driving, car-sharing or ride-sharing aspect to this testing.