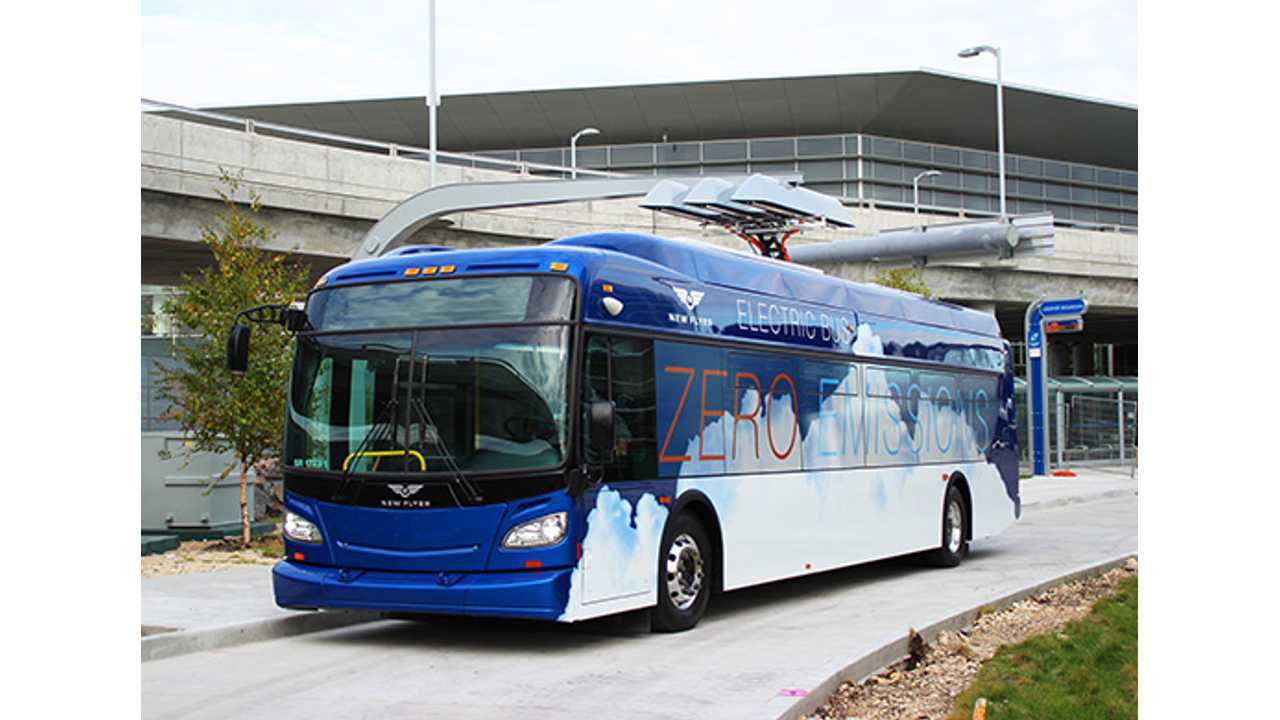 The U.S. Department of Transportation’s Federal Transit Administration (FTA) has announced a new round of alternative energy grants.

In total, seven transit providers in five states will receive a share of $22.5 million for projects related to electric and/or fuel cell buses.

"FTA awarded the FY 2015 funds after a highly-competitive review process that prioritized transit agencies and bus manufacturers with strong records in building, deploying, and operating clean buses and infrastructure.

The Low-No program helps advance President Obama’s vision for a 21st Century Clean Transportation System and the Department’s Beyond Traffic framework for investing in a strong and sustainable transportation network that will meet the needs of our nation in the years ahead."

The largest grant inside the program ($5.4 million) went to the Utah Transit Authority (UTA), which intends to purchase five pure electric buses from New Flyer - but one will still need to be patient to ride one of those:

The buses could arrive at UTA as early as 2018, where they’ll become part of a growing low-emission fleet. UTA already operates 32 hybrid electric buses and 47 compressed natural gas buses, with plans to add more this year. A testing period will be conducted before the New Flyer buses are put into service."

"The Low-No grant winners will use their funds to purchase 33 Catalyst® buses, bringing Proterra’s total number of orders to 155 vehicles from 16 transit agencies across the United States."

“SEPTA is excited to be able to move forward with the purchase of 25 emission-free electric buses from Proterra. SEPTA already has one of the greenest bus fleets in the nation, with over half of our vehicles operating diesel-electric hybrids. The addition of electric buses furthers our commitment to a sustainable future for our riders and local residents.”

“This is a big win for Proterra and the industry alike because it signals continual market demand for zero-emission vehicles. We are pleased to be supporting SEPTA, Foothill Transit and King County Metro in their electrification efforts and are committed to designing and manufacturing state-of-the-art, zero-emission buses that ultimately save our customers time and money.”