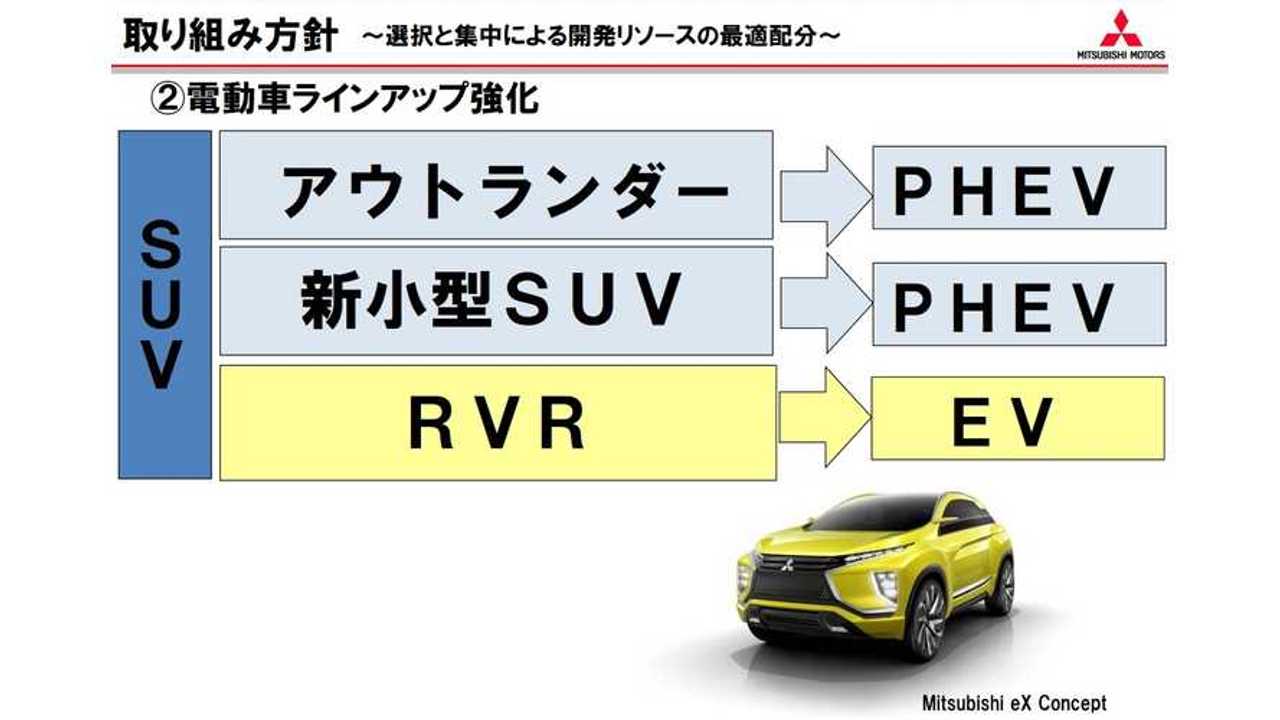 There has been a lot of media reports and interviews indicating that Mitsubishi will introduce more plug-in models to the market in the near future.

Now we have confirmation in the form of a new production presentation for years 2017-2020.

Mitsubishi expect an increase of plug-ins sales and will introduce two new models.

The first will be additional plug-in hybrid - compact SUV, smaller than the Outlander PHEV.

The second one is all-electric ASX (Outlander Sport / RVR), which should draw a lot from eX Concept.

Another slide shows us two smaller EVs, which we believe are i-MiEV and Minicab-MiEV sized:

We suspect this news might be met with some skepticism in the US, where the original Outlander PHEV was just delayed for the 6th time.