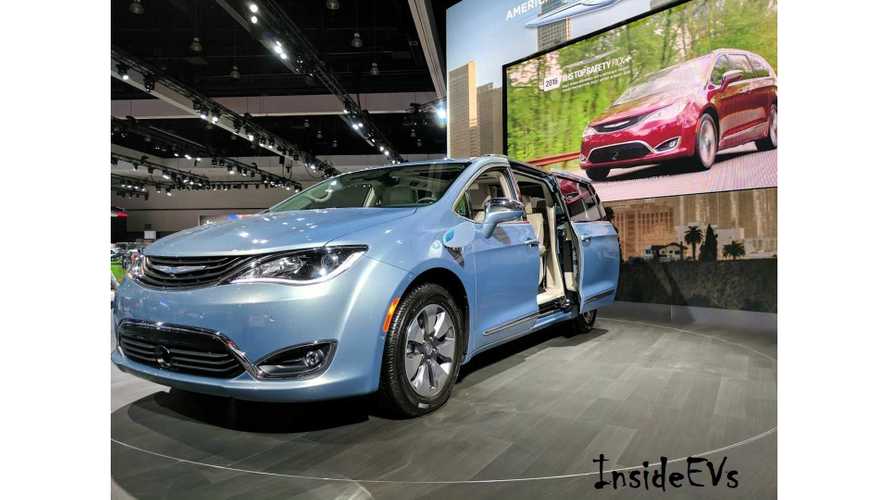 I’m often asked why I think plug in electric vehicles aren’t selling better than they currently are today. Is it a lack of EV education? Dealership that aren’t prepared or enthusiastic about selling them? The short range in comparison to their gasoline powered counterparts? The initial higher price, or is it perhaps the lack of public charging infrastructure that’s holding them back?

All of those issues are certainly contributing to lackluster plug in sales, and every one of those obstacles has been gradually improving in the past few years. However the one problem the plug-in industry hasn’t really been improving on is the obvious lack of product diversity.

It’s really not possible to properly gauge the public’s interest in pluggable cars until there are plug in versions of cars in every segment. We’ve seen that the high-end luxury sedan segment is willing to embrace EVs as long as it’s a compelling offering. The Tesla Model S is crushing the competition (see monthly sales scorecard here) from the traditional leaders like BMW, Audi, Mercedes and Lexus in that class. Well, now we have a plug in minivan, the first one ever offered and it looks to me like a winner.

Chrysler invented the minivan back in the early 80’s and they have dominated the minivan market ever since. While the competition has gotten tougher in the past decade, Chrysler always seems to be one step ahead of everyone else. Enter the 2017 Chrysler Pacifica Hybrid, a plug in hybrid with a 16 kWh battery and 30 miles of electric range. Chrysler does it again. More than thirty years later they are still the innovative market leaders when it comes to minivans.

If there is one thing Chrysler knows, its the minivan segment

Unlike many other OEMs making plug in hybrid versions of their core products, Chrysler gave the Pacifica Hybrid enough electric range to really make this a compelling electric offering. Plug in hybrids with a 10 or 15 mile electric range may improve the overall fuel consumption of the vehicle, but they do little to help the consumer really appreciate and understand how much better driving electric can be. That’s because the vehicles are in electric-only mode for such a small amount of time.

When fully charged the Pacifica will default into all electric mode and will stay there unless the driver uses full throttle, at which time the gasoline engine will kick on to add power. However, it will remain in pure electric mode up to 70 miles per hour, and not use the gasoline engine until the approximately 30 miles of electric range is used, as long as the driver doesn’t call for full throttle.

Chrysler claims the Pacifica Hybrid will deliver an efficiency rating of 80 MPGe in City driving, something they prominently advertised at the LA Auto Show. This is their estimation though; official EPA ratings have not yet been released. Chrysler also gave the Pacifica Hybrid a proper 6.6 kW onboard charger. Even though most owners will likely opt for simple 120v level 1 charging, those that do install a 240v level 2 EVSE will be able to fully recharge the vehicle in about 2 ½ hours. Fully recharging on level 1 will take about 14 hours.

Having the ability to charge at 6.6 kW also improves the public charging experience. The vehicle can be fully charged while going to the movies, or during a shopping trip to the local mall. This means an all electric 50 or 60 mile day could be attained very easily provided there’s public charging available.

Finish of the plug-in Chrysler van found to be excellent

Inside I found the Pacifica Hybrid to be at the top of the segment as far as comfort, interface and styling. The leather seats in the vehicle at the show were soft and very comfortable, and the instrumentation was well executed. Everything seemed to be where I’d want it, and as I was sitting in it I remember thinking, “This is why Chrysler dominates this segment – they just do it right”.

One thing to note is that the second row of seating on the Pacifica Hybrid doesn’t have the usual “Stow N Go” seats that Chrysler minivans are famous for. That’s because the 16 kWh traction battery is located below those seats, so there isn’t any excess room for the seats to fold down into. The third row seating still folds flat, allowing for increased cargo space but if the owner needs the extra space of the second row for large cargo, they have to actually remove the seats, which they are designed for.

The Pacifica Hybrid has comes in Premium and Platinum trims, and the MSRPs are $41,995 and $44,995 respectfully. Some dealerships will begin to get allotments in December 2016, but it won’t be available nationally until early 2017.

Taking into consideration the Pacifica Hybrid qualifies for the full $7,500 federal tax credit, and various other state incentives, it’s possible that it will actually cost less than a comparable equipped non-plug in Pacifica minivan. This makes getting one a no-brainer, in my opinion. Hopefully the Chrysler dealerships will use that to their advantage, and really push these out to the public.

While this may not be the all-electric minivan that some hardened electric vehicle supporters will demand, it’s really what this segment needs. A plug in hybrid just makes more sense for the minivan market today because a pure electric version with 175 to 200 miles of range would likely be too expensive for the average minivan buyer. The vast majority of Pacifica Hybrid owners will never have previously owned an electric vehicle, or even have driven one for that matter. They will be more comfortable knowing they have the security of the fuel they understand, AND still the benefits of the increased efficiency and lower operating expense of electric drive.

Minivans are family haulers, and the uncertainty many people have with pure EVs could really hold back sales. Parents hauling around kids from soccer practice on one side of the town to guitar lessons on the other don’t have time to worry about their range, or if they forgot to plug in last night because they were carrying in bags of groceries when they came home at 10pm.

The Pacifica PHEV allows them to get their first taste of plug in vehicle efficiency and superior driving characters, but still offers the safety net of and familiarity of gasoline. I believe many of these owners will likely transition to a full electric vehicle when they get their next car in five or six years.

Now that the minivan segment has been penetrated, what’s next? How about a five passenger, sub-50K AWD crossover with a 200 mile AER? When’s the first BEV or PHEV pick up truck (not an aftermarket conversion) going to be available, or a convertible sports car that doesn’t cost $100,000?

Before we can really judge the success of EV sales there has to be a wide variety of vehicle offerings, and to date we just haven’t had that. The Chrysler Pacifica Hybrid finally brings plugs into the minivan space, and does so with style.