Elon Musk: With SolarCity, Tesla Is Now Only Company To Do It All. BYD: Umm, No 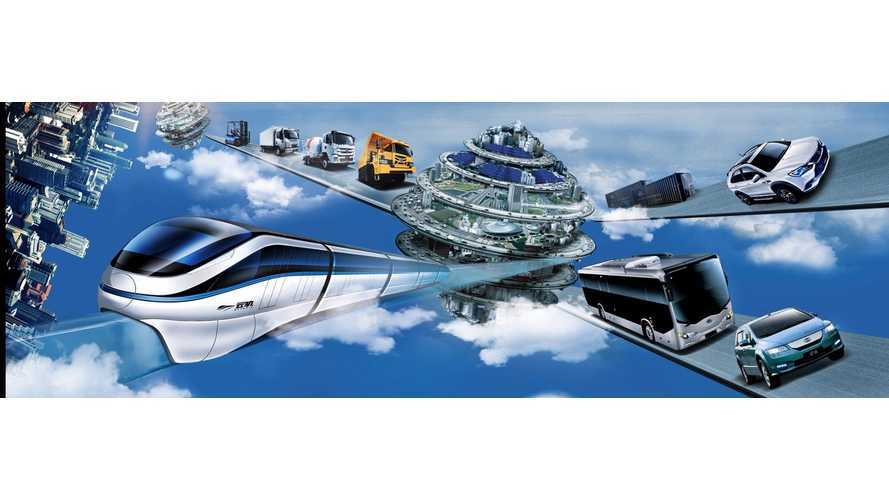 See if you can spot the righteous indignation in a recent BYD social media post asking "World's Only?? Are we daft?"

"Elon Musk was recently heard saying to investors, "The acquisition of SolarCity will create the world’s only integrated sustainable energy company, from energy generation to storage to transportation."

As the world knows, BYD has been vertically integrated 10 years ago with True Solar Manufacturing (not just a solar SALES company), Energy Storage from BYD (not from Panasonic) with Utility Scale projects in 66 Countries and over 11 GWh of BYD Iron-Phosphate Capacity TODAY (not by 2018 from our virtual factory)."

One has to admit, despite very rare outburst of emotion from the company, BYD is throwing down on Tesla from some pretty solid footing.

BYD is currently the largest plug-in car and bus manufacturer in the world, and has a huge footprint already in the solar and energy storage manufacturing business.

Recently, the  company even delivered on a electric monorail train in October, and got ~$9 billion worth of backing to build further systems in up to 20 more cities.

All this in consideration, it isn't strange that BYD feels pretty stunned at the obvious omission of its existence by the Tesla CEO,  as they are not only involved in virtually all aspects of sustainability, but at the forefront - from plug-in passenger and commericial vehicles through ESS to solar and more...even if the projects aren't nearly as sexy/high profile as Tesla's.

To defend its position, BYD encourages people to watch an interview from BYD's Vice President -- Micheal Austin at Solar Power International (see above).

SPI 2016: Elon Musk’s The Sustainable World Vision Was Born 15 Years Ago at BYD

During SPI 2016 in Las Vegas we had an opportunity to speak to Michael Austin, Vice President at BYD America, one of the first foreign comers to the company in the United States.

The second video (below) is about BYD's focus in North America:

During SPI 2016 held in Las Vegas, we spoke to Oscar Su, in charge of the solar business in North America.  Oscar updated us on BYD's solar business strategy in the region while pointing out what makes a difference comparing to the company competitors.