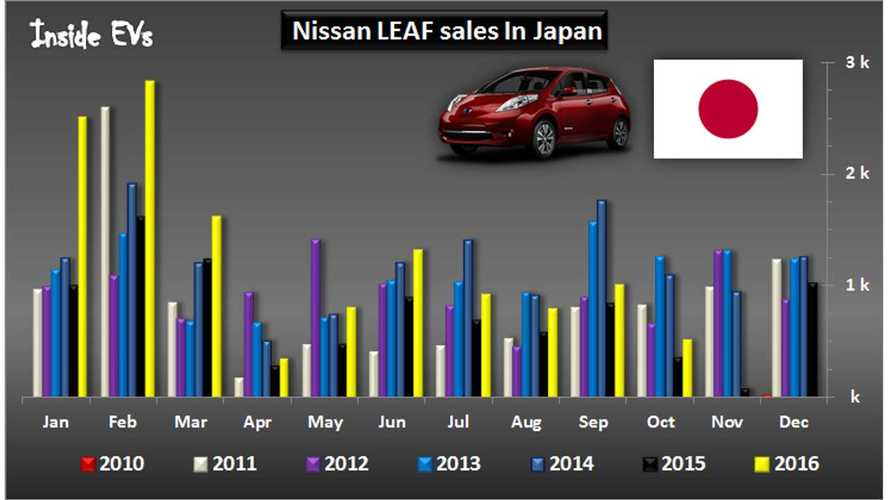 On a technical level, and much like with sales in the US last month, Nissan LEAF sales in Japan increased by 43% year-over-year in October to 513.

However, 513 is far less than in previous years, and it seems clear that major rush for the 30 kWh version is now long in the past.

November 2015 will be the last year-over-year, pre-30 kWh comparable month, and as such will be easy to beat next month (as Nov of 2015 had almost no inventory and/or sales - just 76 in total), which means that now is the time for Nissan Japan to either lower the price, or introduce a significant upgrade.  We'd bank on the latter.