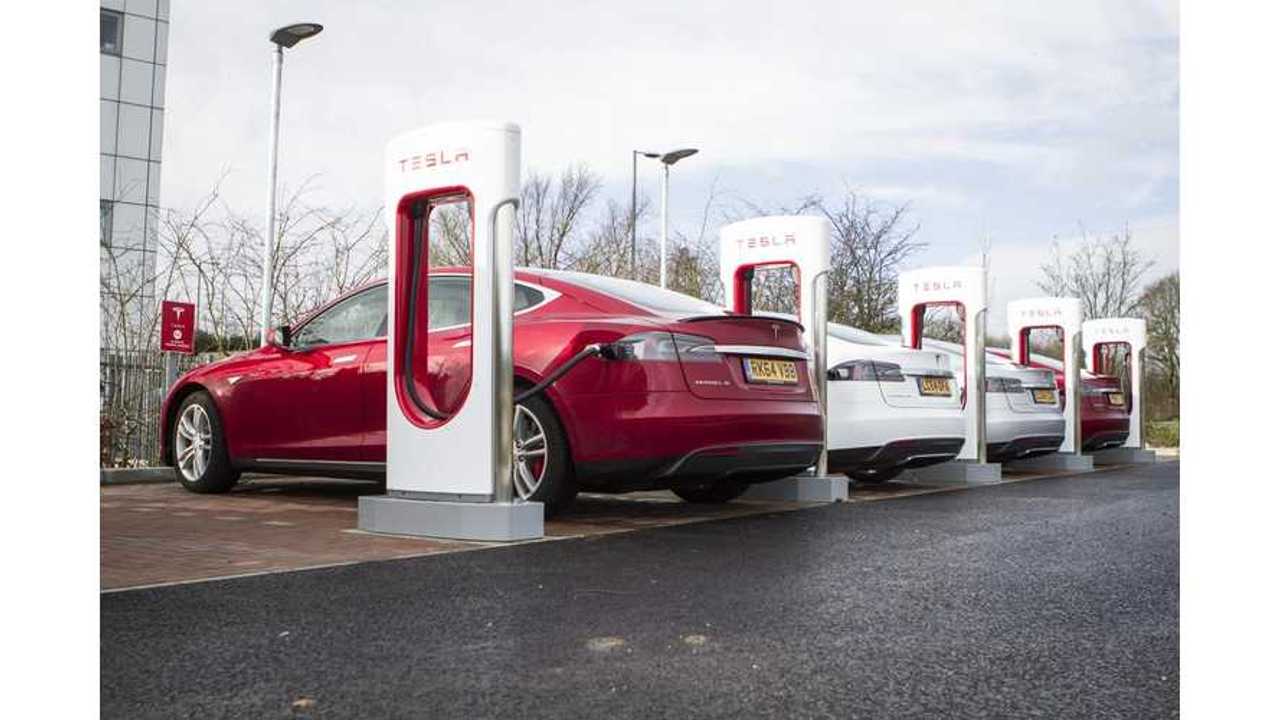 Currently In China; Tesla Destination Chargers In Gray And Superchargers In Red

Tesla announced the Tesla Charging Partner Program in China to expand charging infrastructure in preparation for the company's goal of having 5 million EVs (including Teslas) on the roads by 2020. Ren Yuxiang, Tesla’s Vice President of Asia-Pacific, recently spoke of the program at the new China Quality Certification Center (CQC). It will mark the most substantial charging infrastructure update anywhere ever. He said:

The new program will assist in getting partners certified by way of tests that will be performed at the CQC. Tesla explained further:

“Tesla Charging Partnership Program" encourages partners to get the voluntary certification by CQC, Tesla will preferably go through CQC certified enterprises and products, and further testing center in China to accelerate the newly established interconnection standard."

It could cost up to $20 billion U.S. to fulfill the goals of the new standard. The company's hope is to add around 12,000 stations for the public, with 4.5 million total chargers. The program applies to both, level 2 charging, as well as DC fast-charging.

As the map shows, Tesla already maintains a large number of charging stations in China. Along with the addition of new stations, the company will also update current stations with more chargers and inter-connectivity compliant with the new standard.