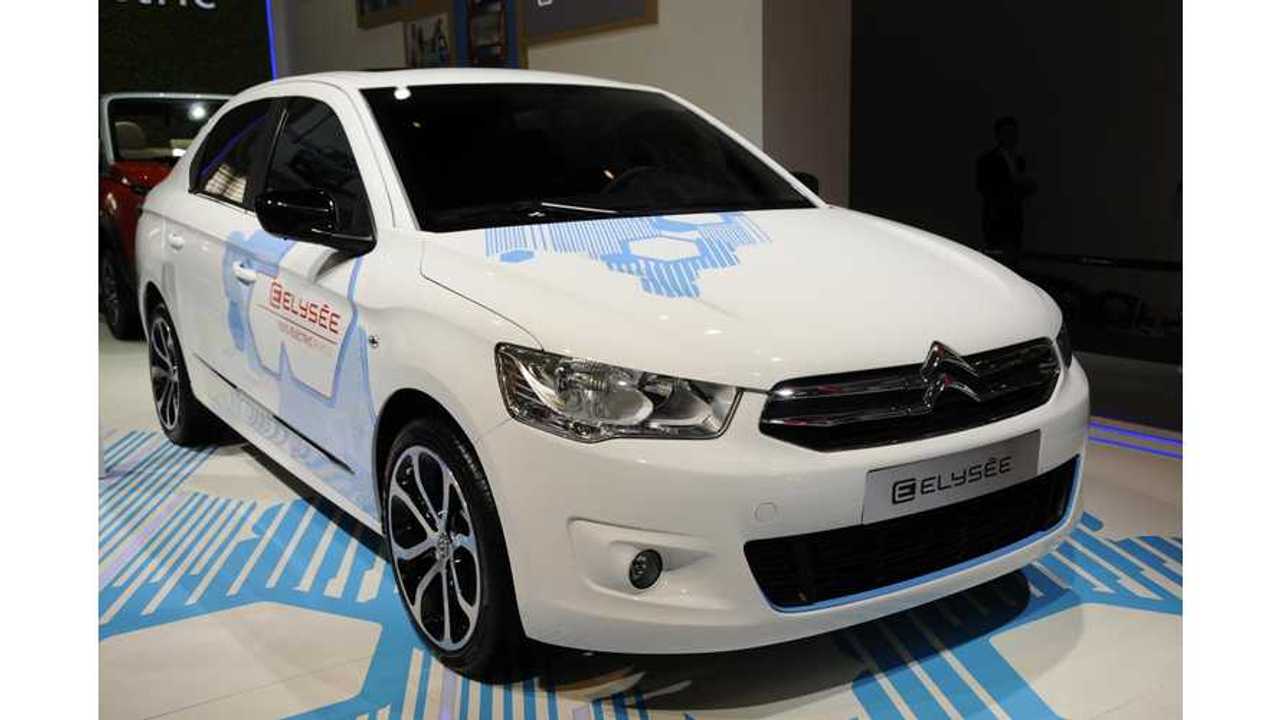 Citroën, as announced earlier, has unveiled its E-Elysée pure electric car from the 2016 Auto China motor show.  The battery electric vehicle is scheduled for launch in 2017 in China.

Also on the stage with the E-Elysée making its Asia debut was the recreational Citroën E-Mehari, which maybe also could be offering in China some day, thus opening doors there for Bollore (LMP battery supplier for the E-Mehari).

Citroën E-Elysée's range is stated at up to 250 km (155 miles). DC fast charging capability enables to recharge in half hour.

Whether it will be serious offering available into Europe, or just specific to satisfy the Chinese EV market - only time will tell.