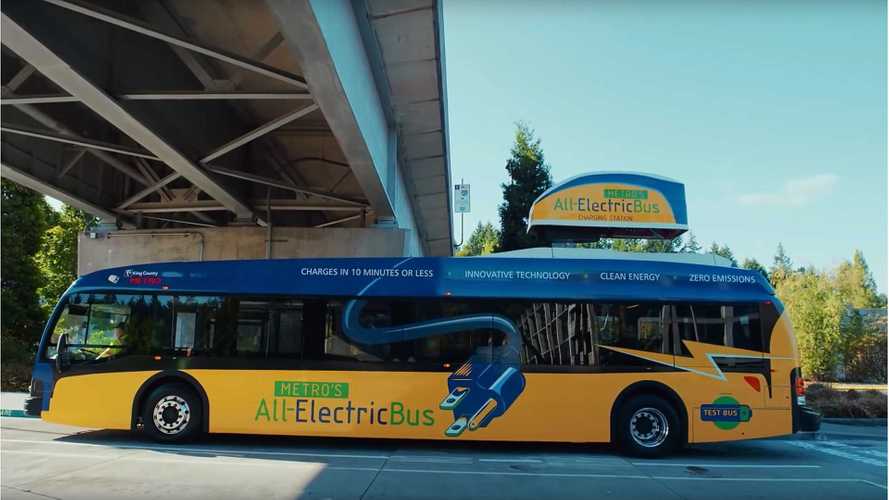 Over the duration of the study, the bus hauled a 97 passenger equivalent load and operated 24 hours per day, at an average of 325 miles each day (32,248 miles total), with some 1,750 fast charges along the way - the most rigorous test ever performed in the industry according to Proterra.

It pretty huge achievement, worth sharing with all the unbelievers in fleet sales around the world.

Sidenote to Proterra:  We'd suggest in the future not putting the initials "FC" on electric buses.

Operating 24 hours per day over the 106-day period, the Proterra Catalyst vehicle achieved 32,545 total miles—nearly twice the distance of standard industry tests at Altoona.  And the bus was hauling 14,500 lbs of water ballast during the entire test period, which represents 125% of a normal full load of 77 passengers with standees.
The vehicle averaged 325 miles each day, with a maximum mileage of 572 miles in one day, and was charged more than 1,750 times during the test period.
From mid-October to the end of January 2016, the bus achieved 98% uptime.  It was out of service for only 6 days, including 3 holidays, preventative maintenance checks summing to 1 day, and 2 days of quick maintenance to resolve minor issues.  The vehicle experienced some basic wear and tear, but nothing out of the ordinary.

Fuel Economy:
Average fuel economy was 15 MPGe over this testing period, 213% more efficient than current KCM 40' diesel buses. This is projected to improve to 18 MPGe at normal loads.