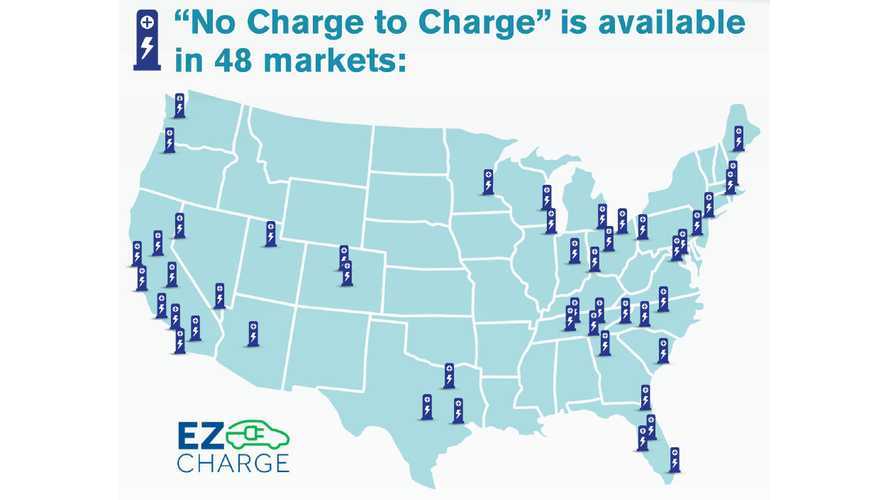 Nissan “No Charge to Charge” Program

Nissan's "No Charge to Charge" program, which recently just expanded to 12 more markets over the past month (full list here) doesn't actually generate high costs to the Japanese manufacturer ... at least compared to the exposure the program brings.

In its a recent statement, Nissan said that participating LEAF owners have saved $4.2 million so far.

"Since the program kicked off in the summer of 2014, owners have saved over $4.2 million in public charging fees."

Because LEAF sales are currently entering 'year 2' of an extended depression, two thirds of those participating (about 30,000) fall inside the first year of the program, while one third on the second year.

Initially, there was only a few markets with "No Charge to Charge" program (although those were largest markets) and the promotion expanded gradually. Obviously, we don't know exactly how many cars were included - but maybe half to two thirds the total (more likely).

If we assume $4.2 million savings in the first two years, and another two years to the end of total period for newest cars (with lower LEAF sales, but higher number of markets), "No Charge" could bring savings of some $8.4 million.

Nissan says that some owners could save $1,000 in two years.

All the values are owner's savings. Because Nissan pays for charging, and even at that, we assume they have negotiated much better deals with some charging networks, and the realized costs for Nissan are lower than $4.2 million so far.

Free charging for two years is pretty nice promotion, and encourages new prospective BEV owners to purchase. With a likely cost of just a couple hundred bucks - it's a good way to go from a marketing stand point, and a much better promotional tool than a few more dollars of the MSRP.