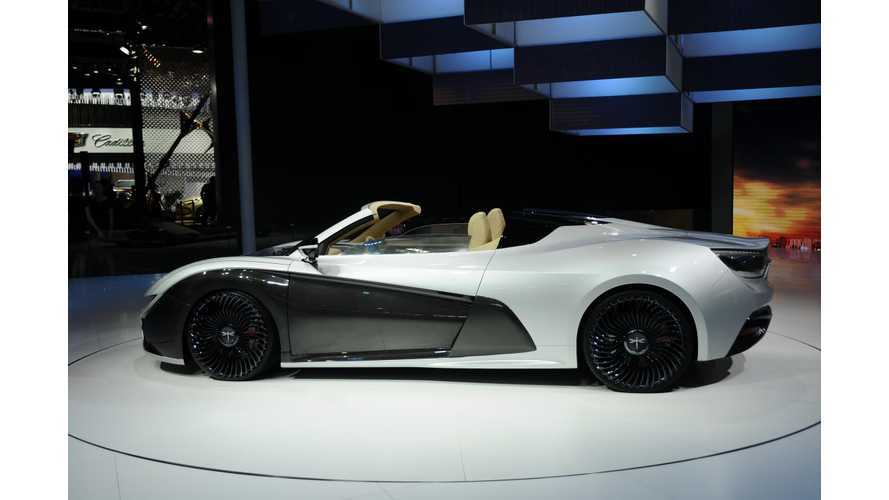 Auto China motor show in Beijing was full of electric cars this year.

One of the most conspicuous was the Qiantu Motor K50, a pure electric sports car with an aluminium frame and carbon fiber body, which is based on the earlier prototype shown in Shanghai in 2015.

Update: Full video review of the K5o in action below (hat tip to Maxim!)

Inside there is Tesla-style large touchscreen.

According to Autocar, Qiantu Motor is building a new factory with annual output of 50,000 cars, but we assume that most of the production will be designed for other low-spec, more popular models (two other were also shown in Beijing).