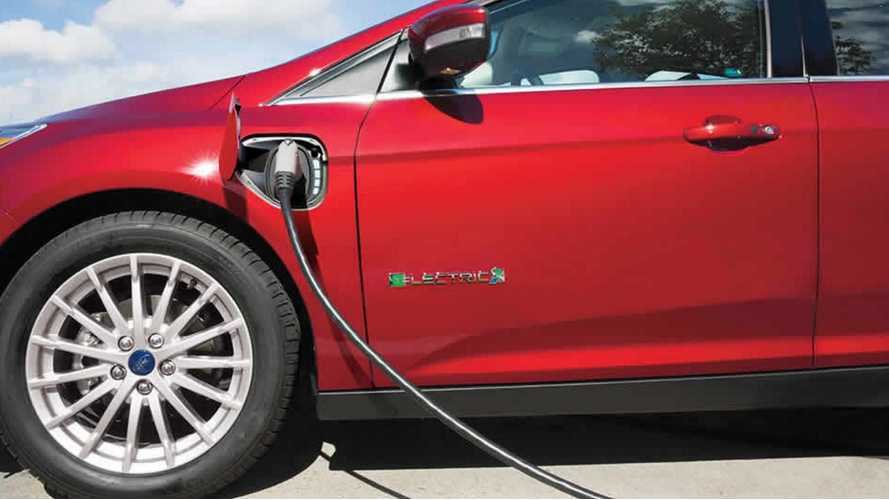 A few months ago we reported that the new 2017 edition of the Ford Focus Electric would be getting a bigger 33.5 kWh battery and a (at the time) unknown range bump, along with DC fast charging when the model started production in November.

Now we can fill in some of the blanks, as the car has both a EPA rating and has been priced (although the US Ford website has yet to be updated as of press)

Ford notes that a standard L2 charge (6.6 kW) takes 5.5 hours, while Ford states a fast charge recovers 75 miles of distance in 30 minutes* - a big plus when you are in a hurry.

Perhaps even more importantly, despite the larger battery DC fast charging being added as a standard feature, the pricing actually fell by $50, to $29,120.

Obviously, the advent of a 115 mile EV from Ford puts a lot of pricing pressure on the soon-to-arrive (~late January) Hyundai IONIQ Electric, which has been recently rated by the EPA with 124 miles of range, and also the updated Volkswagen e-Golf and its new ~124 mile range that enters production next month.  Neither of these models have yet to have an announced priced in the US.

The Nissan LEAF will likely be immune to the new Ford, at least from a range standpoint...as both January (and Carlos Ghosn) are coming to the US.

As a random point of interest, we looked into production of the new 2017 Ford Focus Electric and found out assembly of the car started last week (Monday, November 14th) at Ford's MAP (Michigan Assembly Plant) - meaning we should start seeing the cars by as early as the end of this year.  Although we should note that the Focus EV is not a standard inventory car for many Ford dealers, so if you want one...you'll likely have to order one.

Battery ledge still a touch intrusive in the 2017 edition

Who doesn't love a customized kickplate?