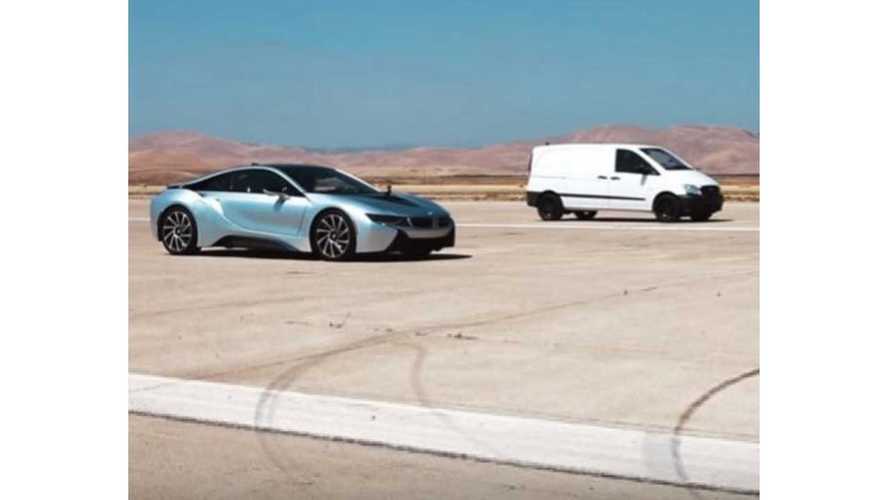 California-based and China-backed Atieva unveiled its powertrain test vehicle “Edna”, which happens to be a converted to electric drive Mercedes-Benz Vito commercial van.

Not content with that time, the Atieva team did some fine tuning and hit the track once again to pit the electric van against a BMW i8 and a Dodge Viper.

The result was a sub-three-second blast to 60 MPH: As Atieva explains:

"We studied our data from the last session, made adjustments and put Edna to the test again."

“Since the last test we have been poring over the data looking for ways to further enhance low-end acceleration. Until this month the team had been focused primarily on the low-end, but with the performance now approaching maximum potential we are extending this tuning beyond 100 mph.”

The quarter-mile in Edna is now accomplished in 11.3 seconds at 117 MPH, according to Atieva.

Atieva welcomes all challengers who'd like to bring a vehicle to race Edna. Learn more about that here.