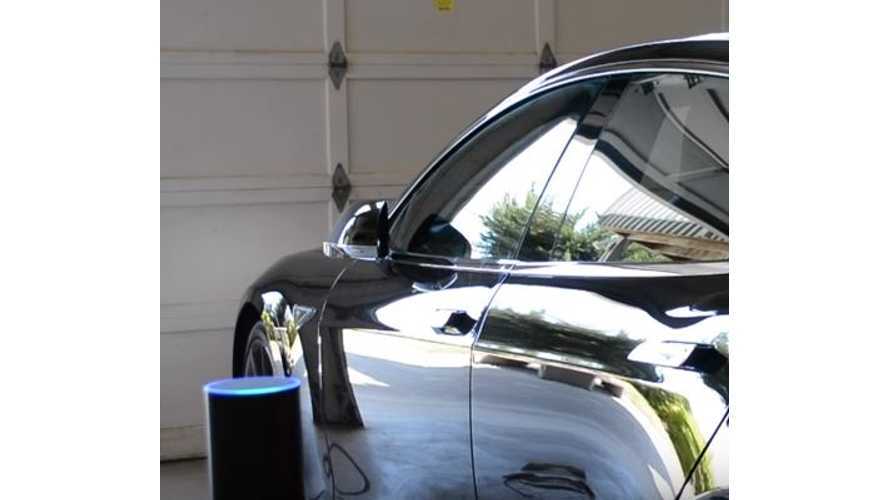 When you're a skilled hacker/coder, the Tesla Model S can be made to do all sorts of interesting things.

In this case, Jason Goecke, a Model S owner and skilled coder/hacker, gets his Amazon Echo hooked up to his Model S in such a way as to allow voice commands to move the Model S.

As Goecke demonstrates in the video, a simple voice commands puts the Model S in motion (Summons Mode).

Goecke says there are some serious safety issues with this setup and suggests that you don't try this at home, but still it's a cool little undertaking that he explains in some details at the source link below.