The Arcimoto SRK, A Perfect Fit For Relocalized Cities 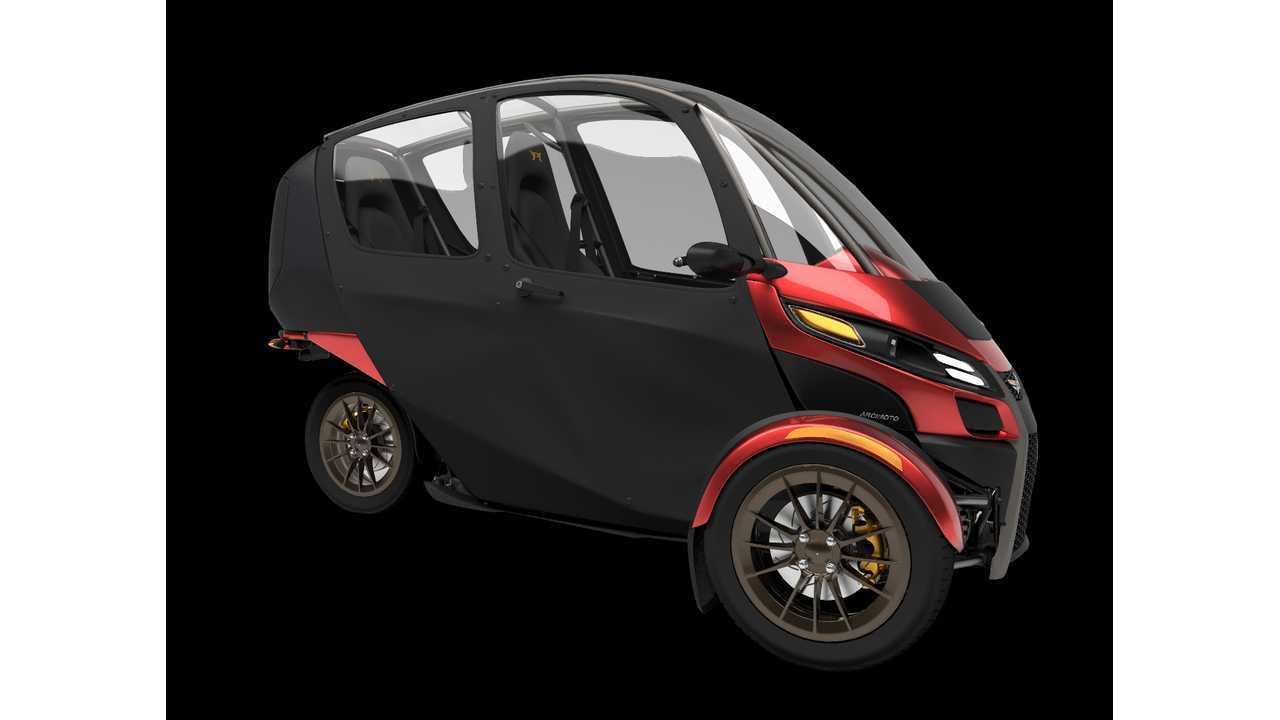 The Arcimoto SRK, A Perfect Fit For Relocalized Cities.

Lightweight, electric vehicles for the city…Part one of two

*Editor's Note: Look for Part 2 in the series to be posted soon. Part 2 will focus on going car-less in Carlsbad.

Relocalization:  The opposite of urban sprawl.

Arcimoto:   The evolution of transportation.

Heretofore, no machine has been better as a conduit connecting us to our relationships than the personal automobile. It’s why we willingly turn over 50% of our land surface in large urban cities to asphalt and concrete in the service of cars, it’s why we spend a large chunk of our personal and civic income on cars and their required infrastructure as the basis of our transportation network.

Awesome times on the open road in a 68 Chevy Camaro

Walking, riding an animal or getting pulled by an animal(s) were the only forms of land transportation until the early 1800’s.

Cities have been around for 10,000 years, beginning with Damascus, Athens, Jericho and others.  What’s hard to comprehend is that for roughly the first 9,800 of those 10,000 years, transportation remained absolutely unchanged.

Transportation is evolving rapidly.  Each evolution offering benefits and challenges to our cities, each evolution with the power to alter the rich tapestry and land use patterns in our cities for worse or for better.

“Any overabundance of a strength, can become a weakness” (think of a personal strength of yours that when overdone becomes a weakness.) This truism rings loudest for the automobile and the Interstate Transportation System.

Awesome times on the open road in a 68 Chevy Camaro

Where once the open road offered freedom, it now offers congestion, mindless repetition of places, soul thieving examples of generic sprawl in and near our cities.

Where once we would spend time involved with little league,  PTA’s, charities, houses of worship, or a passion of our choice, we now willingly make the decision to spend this time alone, isolated in a car for two, three or four hours a day.

Where once we had room for people in our cities, we now give more room to cars and less to people.

Our love for cars, mine included, is the epitome of a strength that when overdone turns into a weakness.   Urban sprawl is the generic all-inclusive term for these shortcomings.  What is emerging in our cities now is a desire to address these weaknesses by dialing down the singular focus on the car.

We more often are making the choice to live closer to where we work, choosing a dynamic neighborhood with a unique identity rich in consumer choices and mobility choices within a short distance.  Advances in transportation options are now connecting us for the last few miles to home and work.  City roads once the sole domain of cars, are now legally shared with bicycles and other modes of transit.

Lastly, there is a new vehicle class emerging that is tailor made and fine tuned for life in the city. These vehicles are lighter, more efficient, requires less space while still providing for the needs of drivers.

There is a profound change now underway in our cities that I refer to as Relocalization, the opposite of Urban Sprawl. Vehicles such as the 1000lb 2 seat Arcimoto SRK  are the vanguard of this new era in mobility.

It's not that we need to get rid of the car,  but a family of four does not typically need four cars.  Just a reduction of 25% to three cars and a transit pass, or 50% to two cars, an Arcimoto and access to car share would greatly repair and rebalance our cities.

In part two of this post, I’ll explain my upcoming effort to go  “Car-less in Carlsbad”  with the Electric Arcimoto SRK. Our family will soon migrate from being a two car family (plus one highly collectible machine that I rarely drive) to being a one car and one Arcimoto family.

We can do better.  It’s an exciting future. After 36 years driving cars mostly alone,  I’m ready to try a future where the large majority (90%+) of my transportation needs will be without a car.

Cheers from the edge of imagination, creativity and transportation.