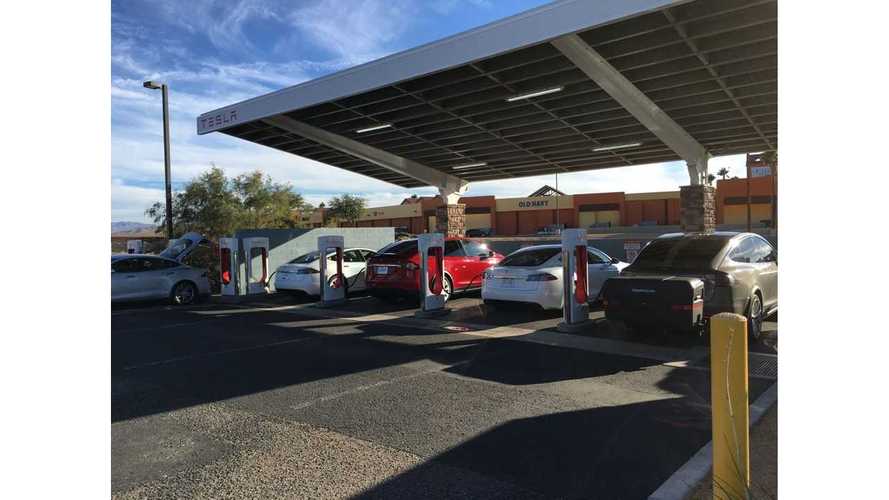 The very same Supercharger that had a Tesla car stolen at gunpoint has now been surgically vandalized just before the very busy Thanksgiving day weekend.

The Barstow Tesla Supercharger station is the gateway for Tesla cars between California and Las Vegas, a very popular weekend destination.

The criminals were not just punks on meth randomly destroying things. Whoever did this knew EXACTLY what they were doing.

They broke the locked handles on two separate on the high voltage (480 volt) distribution boxes, then unbolted the covers inside the box that distributed power to every Supercharger. Then, they cut the electric supply wires to EVERY Supercharger with commercial grade tools (they are big cables). All the circuit breakers were also removed.

There were no repair vehicles or personnel seen at the site on Tuesday, November 22, 2016 at midday as well as no signs that it is out-of-service.

This vandalism was done several days ago. Tesla is suggesting to owners on the phone that this site will be repaired by November 30.

UPDATE (November 23rd, 4:17 PM): InsideEVs contributor, and Model S Owner George Bower reports that the Supercharging station in Barstow has now been brought back online by Tesla ahead of schedule.  Kudos to Tesla, and our thanks to George!