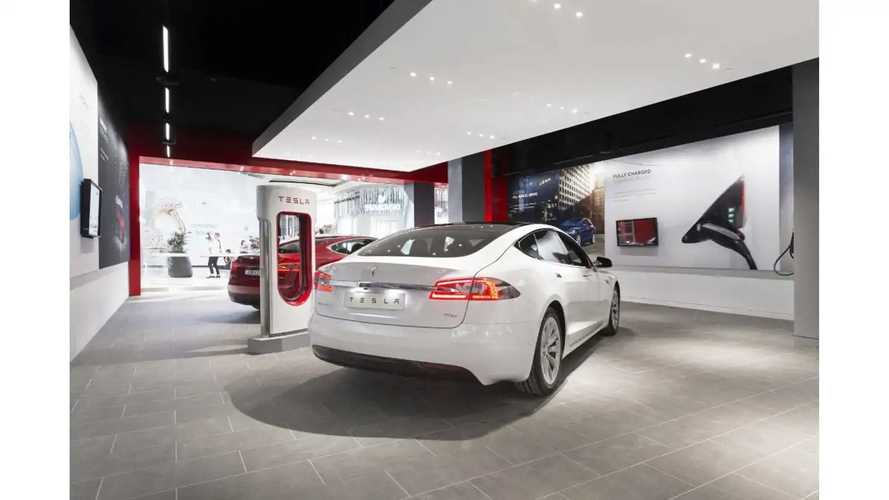 Tesla now is so much more and, as such, the automaker says it has revamped "dozens" of its stores to better reflect the company as a whole.

As part of the makeover, select stores will be getting Powerwall home energy displays.

This isn't a big change, but it does signal a shift from being purely automotive. We suspect that at some point in the future, Tesla stores will have Solar Roof displays too.

"The Powerwall home battery stores solar energy for use at night and in cases of power grid failure. The batteries were added to stores in California, Hawaii, the U.K. and Australia, among other locations in North America and Europe. Tesla customers can order the battery in-store or online."

"Tesla’s inclusion of energy products takes it further away from the traditional dealership model."

In late October, Tesla upgraded its original Powerwall product to "Powerwall 2.0" (watch launch of PW 2.0 and Tesla's Solar roof  here) that features a new 14 kWh capacity (technically 13.5 kWh usable), a 7 kW output rating, and also a Tesla made (at the Gigafactory) inverter.

Right now, only "dozens" of stores have Tesla Energy products on display, but Tesla says more locations will be revamped in the future to include Powerwall products.