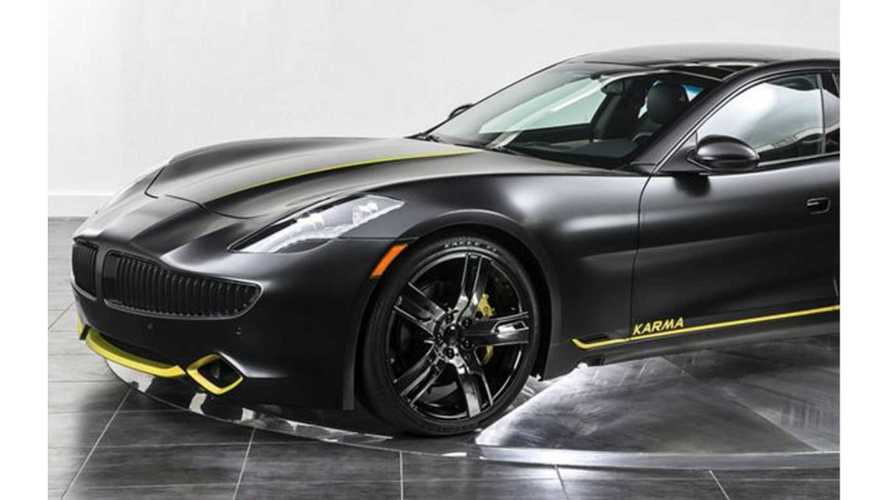 “We elected to ‘make up’ a word so its meaning is consistent with our Karma brand, and also be unique, memorable and available worldwide for registration and trademarking.”

Umm...okay.  (But probably better than having to call it the Karma Karma)

The Karma press release on the matter explains the naming a bit differently. As the Wall Street Journal reports:

"Officially, a Karma press release says the name Revero is a mishmash of two Latin words, “Re,” which means constant effort and continuous improvement, and “Vero,” for truth and honesty. Unfortunately the release did not go into detail regarding the Revero itself, other than to note it will be Karma’s flagship model."

Perhaps more important than the name is news that the Revero will employ technology from BMW.

"The car will retain the form factor of its predecessor, but it'll incorporate BMW parts this time around. BMW will supply the Revero's charging system and electric vehicle controls, but consumers will need to look hard to notice the changes, according to Karma Chief Marketing Officer Jim Taylor, a former General Motors executive."

"There are huge, serious, major upgrades throughout the electronics systems, wiring, charging, battery," said Taylor. "It just won't be visible to the naked eye."

No pricing or specs have been announced, but Karma did say that it plans to display the production version of the car this Summer and says that it'll open up the order books by the end of this year.

Last July, Karma (still going by the name "Fisker" at the time) said that the re-launched model would be arriving  "mid-year" 2016, so it would appear the new, unseen upgrades and US production of the car have taken longer than anticipated to implement.