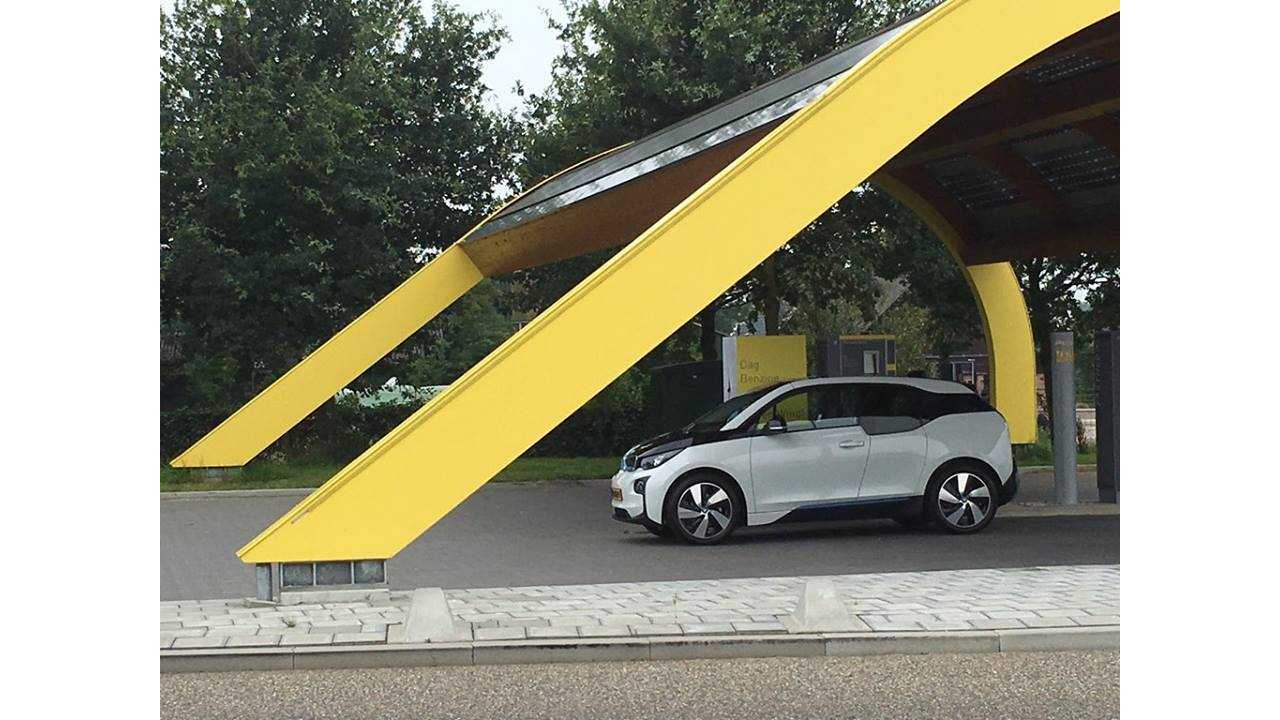 As the new longer-range BMW i3 (94 Ah, 33 kWh battery) appears on the market, we spot the first fast charging report on the updated EV.

The second one below, compares the charging power, expressed in kW vs percent of state-of-charge for a 33 kWh BMW i3 (blue) and a new 30 kWh Nissan LEAF (orange).

Conditions were not necessarily the same, but we can see a general similarity. The i3 seems to touch 50 kW, while latest LEAF only just exceeds 45 kW, but still much better than the original 24 kWh version of the LEAF.

Update (July 20th): Roland kindly offered some additional information to us (via comments section below) on the comparison conditions:

"Both vehicles were using one of our ABB T53 CJG fast chargers. There is one difference between the charge sessions that I know of: temperature was around 5 degrees C when I charged the Nissan Leaf and it was a lot warmer with the i3."