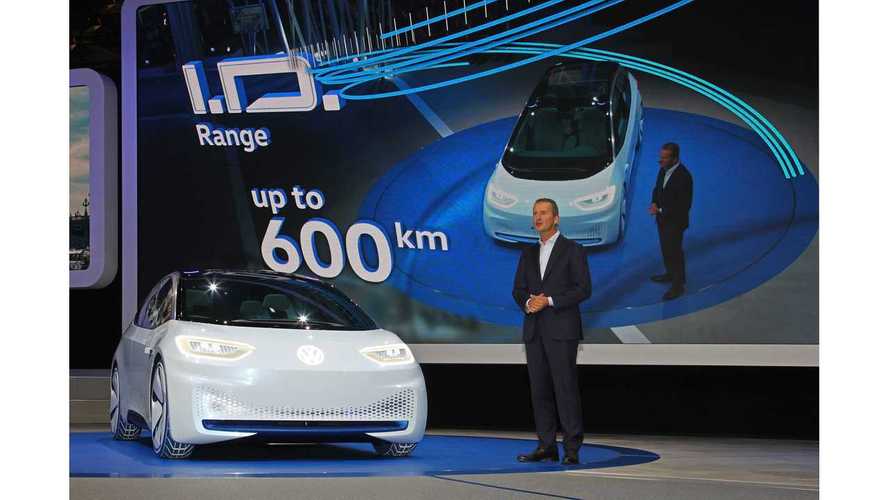 With multiple pure electric vehicles on the horizon, including the long-range I.D. electric car, the Volkswagen brass is now saying that it might make sense after all for the automaker to have its own battery factory.

Volkswagen Group CEO Matthias Mueller admits that having a battery factory to call its own is the logical next step for VW. Quoting Mueller:

"If more than a quarter of our cars are to be electronic vehicles in the foreseeable future then we are going to need approximately 3 million batteries a year. Then it makes sense to build our own factory."

Some automakers, such as Nissan and Tesla, are aware of this as well, and have indeed constructed their own battery factories.

However, competing technologies mean that sometimes another battery maker may have the edge, and if an automaker relies solely upon their own batteries, then that edge will go to another automaker who sources batteries from the leader in the field at that point in time.