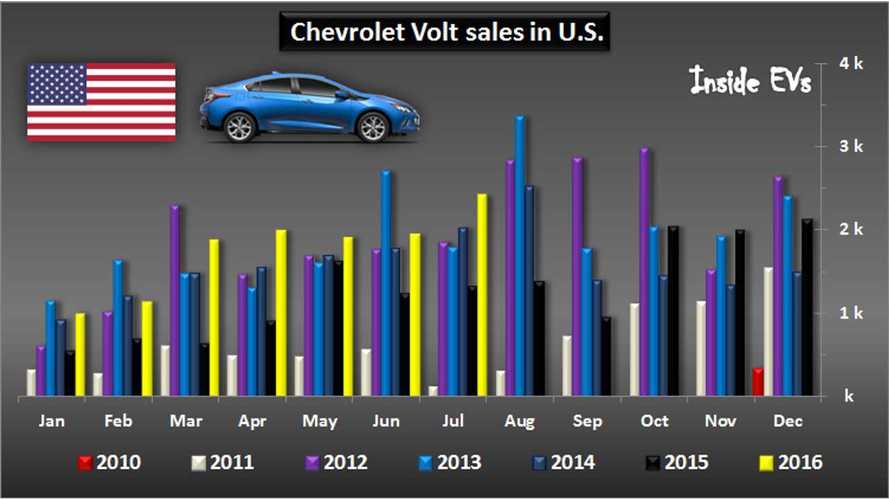 Chevrolet Volt, as we excpected, crossed the milestone of 100,000 sales in the U.S. in mid-July after posting a strong 2,406 sales during the month.  In fact, total Volt sales in America currently stand at 100,964.

It's the first time any plug-in electric car has hit 100,000 sales in any one single country.

In total those cars have driven 2.5 billion miles; including nearly 1.5 billion, or ~60%, in all-electric mode.

So far this year, the Volt also holds almost 1% of all Chevrolet sales in the U.S., with peak market share of 1.3% in July.  Last month was also 10th consecutive month of growth, after the introduction of second generation model.

An interesting "duel" between Chevrolet Volt and Nissan LEAF for the sales crown has provided us (and most other media outlets) a lot of meaningless joy to compare since both vehicles were first delivered back in December of 2010.

The LEAF had a strong lead though out 2015, but the second generation Volt boosted sales enough to take 100,000 milestone first - and by a sturdy margin in the end (100,964 to 96,447), while the 30 kWh upgraded battery for 2016 LEAF that debuted around the same time as the new Volt, didn't succeed in the U.S. as it has elsewhere around the world.