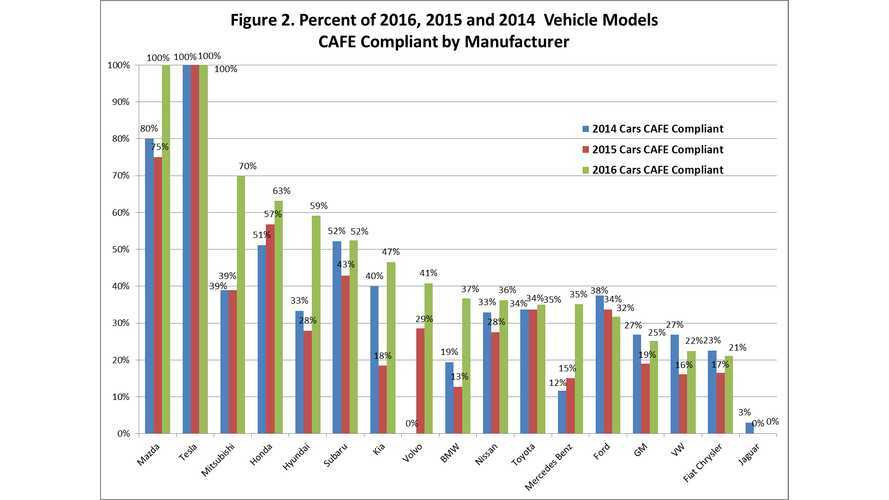 According to the Consumer Federation Of America (CFA), carmakers in the U.S. are improving fuel economy numbers, with more and more models compliant with Corporate Average Fuel Economy (CAFE) and related emissions standards.

The range of fuel-efficient options has never been broader.

There are two manufacturers that are 100% compliant - Tesla Motors, which offers only zero-emission cars and Mazda, which by offering only passenger cars (no SUVs) was able to meet the requirements without a plug.