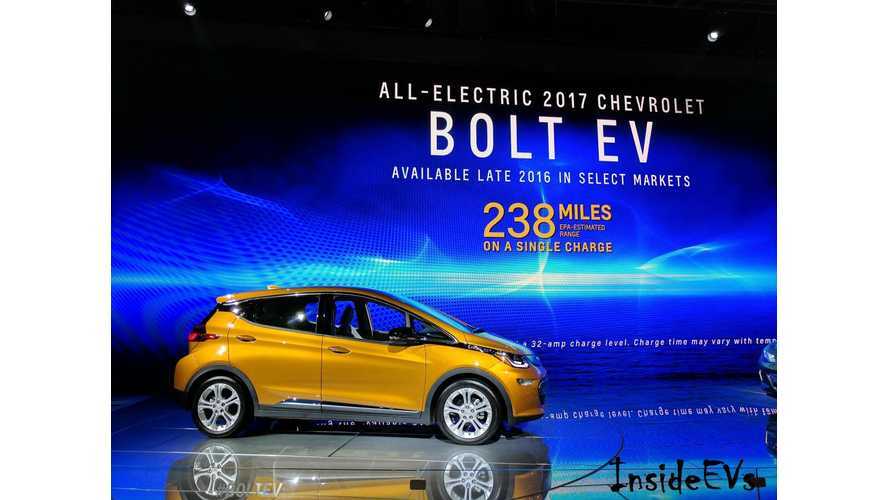 Dealerships in both California and Oregon are reporting that they've received notice for their first shipment of Chevrolet Bolts, which should arrive the week of November 28. That's sometime next week! And at least one dealer says it has Bolts on the lot right now.

And in mass numbers too. One dealership alone is reporting that it expects to receive 39 Bolts next week, followed by another 14 a few weeks later.

Michael Little, a sales consultant at Boardwalk Chevrolet in Redwood City, California, states to the dealerships has logged at least 40 pre-orders for the Bolt:

"We have six now and four are already sold. Mid-December is the target week for when we get any more."

The Bolt EV will first be released in California and Oregon (details), before heading out nationally later in 2017.

So, if there ever was a doubt that General Motors would fall behind schedule and perhaps not deliver a Bolt until 2017, those doubts can be laid to rest. GM has hit its promised date for Bolt deliveries and has become the first automaker to deliver on the promise of a long-range affordable electric car available to the masses.