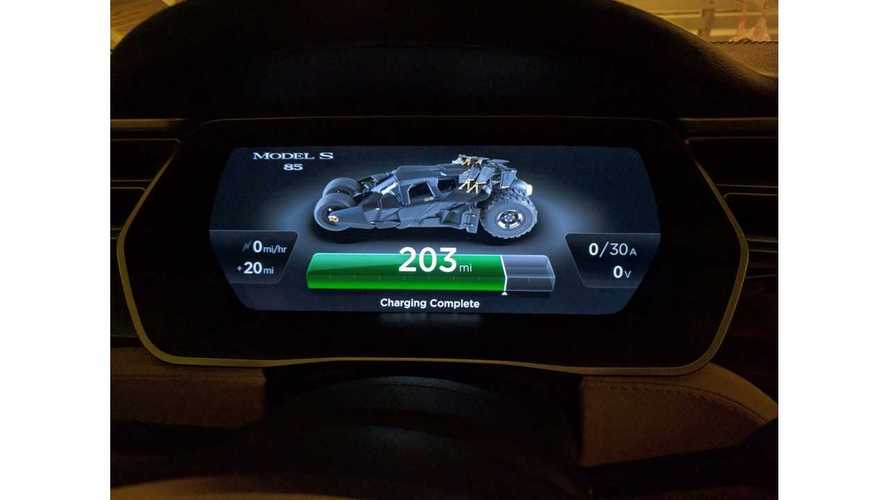 Well known Tesla hacker "Hermera" has found her way into the Model S' main screen earlier this month and was able to swap out the normal Model S image with the Batmobile.

More specifically, the Batmobile seen here is known as the Batman Tumbler.

"Hermera" says she accomplished this by gaining root access to the vehicle, which apparently allows her to play with all sorts of things in the system. Of course, this hack is just for fun, but a lot more can be done, which is just what is apparently on tap!

"I should have some more awesome UI changes coming up soon! I know, my definition of soon seems to be somewhat strained..."