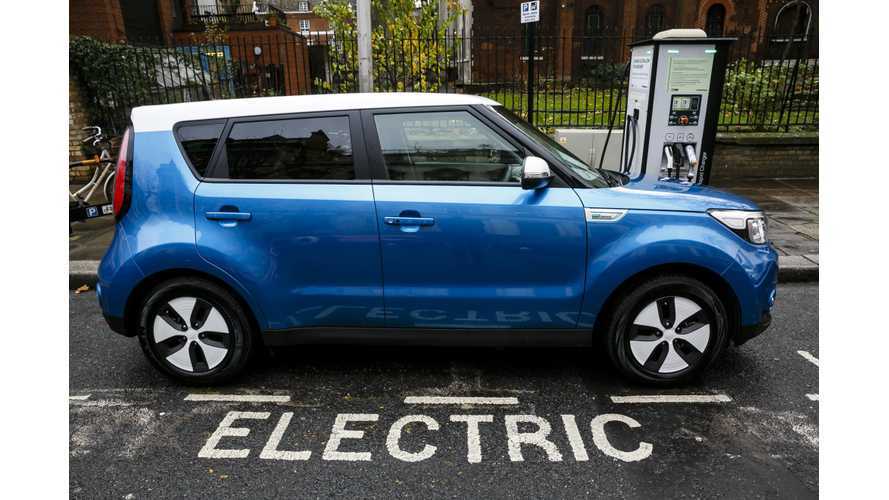 Go Ultra Low boasts that the British plug-in electric car market is growing as fast as ever.

The second quarter increase (by 38%) was also the 22nd consecutive quarterly rise for plug-in car uptake.  Seems there might be a trend at work here.

The most popular models in the first half of this year have been the Mitsubishi Outlander PHEV (5,738 sales), followed by the Nissan LEAF (2,336 sales).

"Motorists in the UK are buying more electric vehicles than ever; with latest figures confirming continual quarterly rises in plug-in car uptake. Since records began in 2011, volumes of electric car registrations have risen steeply as motorists realise the benefits of owning an electric vehicle, which include low running costs, tax savings and a fun driving experience."

"The rapid rise in registration volumes show more people than ever are realising the benefits of going electric. They are cleaner, cheaper to run, more reliable and with government support worth hundreds of pounds for home charging equipment, drivers can enjoy the convenience of a fully charged car every morning."

"Government support has been crucial to driving the success of electric vehicles in the UK. This includes generous purchase incentives including a grant of up to off £4,500 the cost of a new car; tax benefits that could be worth thousands over the life of the car such as the lowest rates of Vehicle Excise Duty and company car tax, as well as support for home and public charging infrastructure contributing to the ongoing rises in uptake."

“I am delighted to see record numbers of motorists coming round to the benefits of cleaner, greener vehicles, which are also cheaper to run.  The low-emission sector supports over 18,000 UK jobs and is a key pillar in our ambition for a low carbon, high tech and high skills economy. We want to make the UK a world leader in electric vehicle uptake and manufacture, to ensure that by 2050 every car and van on our roads is a zero emission vehicle. We are backing this with one of the most comprehensive support packages in the world, with more than £600m of government investment to help grow the UK market.”

“The continued growth in uptake of electric cars speaks for itself as registration records continue to be broken by motorists encouraged by the benefits electric motoring can bring. As awareness grows and motorists see the wide variety of vehicles already on UK roads coupled with benefits such as running costs from as little as 2p per mile, more drivers than ever are becoming motivated to go green. Since the introduction of the Plug-In Car Grant was introduced in 2011 the variety of electric models has expanded significantly, notably so in the past two years, giving motorists more choice than ever before.”